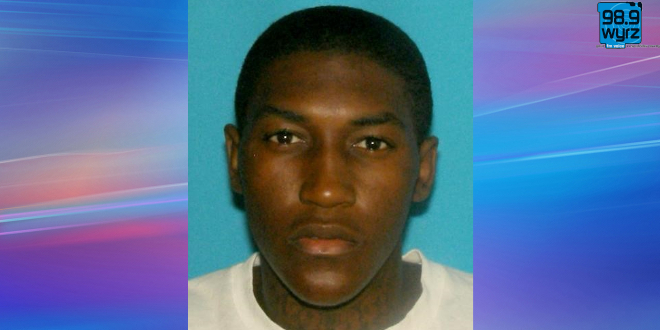 INDIANAPOLIS- On August 31, 2020, the Indianapolis Crime Gun Intelligence Center (CGIC), received information that 28 year-old Donald Hunt was in possession of illegal a firearm. During the course of the investigation officers initiated a traffic stop in the area of 46th and High School Rd. on a vehicle allegedly connected to Hunt. After a vehicle pursuit, Hunt fled on foot from the car and was quickly apprehended after he threw a firearm. Hunt is a convicted felon and was on federal parole for firearms violations at the time of his arrest. He was prohibited from possessing any firearm.  Hunt was placed in custody without incident.

Upon further investigation, it was discovered Hunt was in possession of illegal narcotics and firearms, CGIC seized the following:

Recently, Chief Randal Taylor joined U.S. Attorney Josh Minkler and other federal partners to announce a surge in federal resources devoted to addressing violent crime in Indianapolis, including additional staff devoted to the Crime Gun Intelligence Center, as a part of Operation Legend.

The Indianapolis Crime Gun Intelligence Center (CGIC) is an interagency collaboration focused on the timely collection and analysis of crime gun evidence to identify serial shooters and disrupt violent crime. CGIC is a partnership between IMPD, the U.S. Attorney’s Office for the Southern District of Indiana, ATF, Indianapolis-Marion County Forensic Services Agency, the Marion County Prosecutor’s Office, and Fishers Police Department, with Indiana University serving as a research partner.

I play on the radio from 7 am -1 pm weekdays on 98.9 FM WYRZ and WYRZ.org. Follow me on twitter @WYRZBrianScott or e-mail me at brian@wyrz.org.
Previous FSSA and Feeding Indiana’s Hungry sound call for Hoosiers to volunteer at charitable food network locations across Indiana
Next National Merit Names Four Avon High School Students as Semifinalists