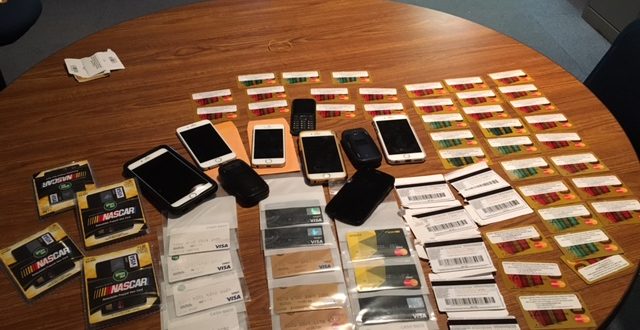 Putnam County—On Friday morning, May 6, at approximately 9:35, Indiana State Police Trooper Brent Robinson was following a silver 2007 Chevrolet Impala in the eastbound lanes of Interstate 70 near the 45 mile marker. The Chevrolet Impala was traveling 76 miles-per-hour in a 70mph zone, then suddenly veered into the right lane, without signaling, and abruptly slowed to 50mph. Trooper Robinson stopped the vehicle and during conversations with the driver and three other occupants, noticed signs of probable criminal activity. Trooper Ian Portteus and K-9 “Czar” were summoned to assist with “Czar” giving a positive indication for the presence of illegal drugs inside the vehicle. 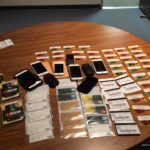 All four occupants were taken to the Putnam County Jail and all were charged with Fraud, Forgery-Counterfeiting, Forgery, False Informing, and Maintaining a Common Nuisance.

I play on the radio from 7 am -1 pm weekdays on 98.9 FM WYRZ and WYRZ.org. Follow me on twitter @WYRZBrianScott or e-mail me at brian@wyrz.org.
Previous Pursuit Through Johnson County Leads to the Arrest of a Nineveh Man
Next ISP Putnamville Investigating Interstate 70 Shooting that Results in One Death