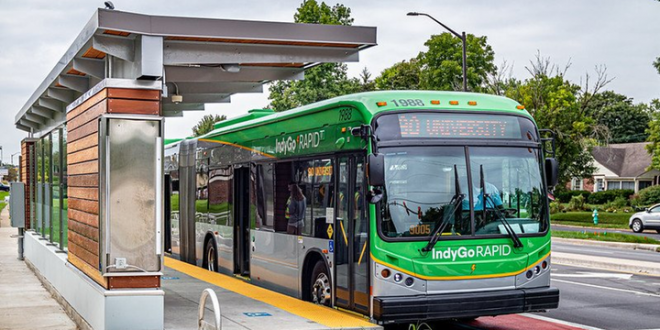 IndyGo Sees More than 8% Increase in System Ridership in January

While lower transit ridership is typical in winter months, IndyGo is seeing an upward trend in systemwide winter ridership from year to year. This is the second consecutive January that ridership has increased following service improvements. In addition to the eight percent increase between 2019 and 2020, January 2019 system ridership was 4.2% higher than in January 2018.

“Between 2018 and 2020, we made our routes more frequent and reliable, and riders have responded,” said Inez Evans, President and CEO of IndyGo. “We’re making these improvements to make transit an accessible option for riders. Now that our routes come more often and on every day of the week, more riders are choosing transit.”

In September 2019, IndyGo opened the Red Line and began operating every route every day of the week. In October 2019, additional improvements to route timing were implemented, and some routes’ weekend operating hours were extended. This month, IndyGo again improved the frequency of two high ridership routes, Route 8 and Route 10. IndyGo will continue to make systemwide improvements through a new bus network, planned to go into effect in June 2020. Learn more about the proposed changes at indygo.net/June2020.

I play on the radio from 7 am -1 pm weekdays on 98.9 FM WYRZ and WYRZ.org. Follow me on twitter @WYRZBrianScott or e-mail me at brian@wyrz.org.
Previous Couple Arrested in Northern Indiana Home Repair Fraud Investigation
Next Don’t Let Ghost Tax Preparers Haunt Your Refund