An Indianapolis man has been charged in Hendricks County with one felony charge of impersonating a public servant/law enforcement officer after a lengthy investigation was conducted by Indiana Conservation Officers.

Tyler Westell, 30, of Indianapolis, turned himself in to the Hendricks County Jail on July 21 before an arrest warrant was served.

The case originated in early November 2019 when a hunter reported to DNR Law Enforcement that they were getting harassing texts and calls from a person claiming to be a high-ranking Indiana Conservation Officer.

Westell was identified as the suspect after search warrants were served pertaining to cellular services and social media accounts, and after investigators were able to listen to ongoing phone calls.

All charges are merely accusations and defendants are presumed innocent until proven guilty.

I play on the radio from 7 am -1 pm weekdays on 98.9 FM WYRZ and WYRZ.org. Follow me on twitter @WYRZBrianScott or e-mail me at brian@wyrz.org.
Previous Indiana Remote Bar Exam Postponed to August
Next Young: Indiana’s Fiscal Discipline Pays Off 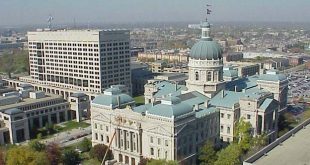