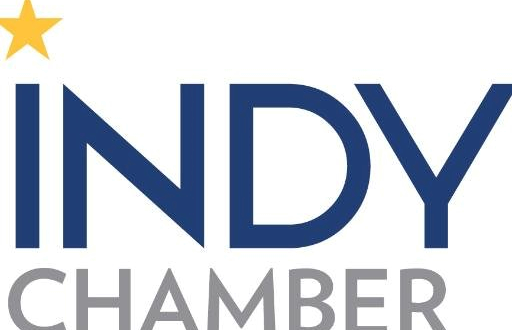 INDIANAPOLIS – The Indy Chamber, with support from with JPMorgan Chase, announced a new program offering competitive grants to firms with plans to pursue international customers. With a $200,000 donation from JPMorgan Chase, the GoGlobal Export Acceleration Grant program will target smaller companies, providing up to $5,000 in matching funds to cover business and marketing costs associated with new export activity.

The GoGlobal program was announced today at the Indy Chamber’s Global Indy Luncheon at the Indianapolis International Airport.

The Indy Chamber has made international trade a top economic development priority, working closely with The Brookings Institution and JPMorgan Chase through their Global Cities Initiative – a program that includes 28 U.S. metro areas with strong regional cooperation and global momentum to capitalize on opportunities in world markets.

“The expertise of Brookings and support of JPMorgan Chase have been invaluable in putting together new plans for increasing exports and attracting foreign investment,” said Michael Huber, president and CEO of the Indy Chamber. “We’re building a support system that helps companies step-by-step become successful exporters; the new GoGlobal grant program will give businesses a head-start on this effort.”

Indianapolis ranks among the top 25 regional export economies, but Huber noted that much of this activity is driven by relatively few major manufacturers and life sciences companies – more than 90 percent of Indy firms have no international sales.

“We need to grow and diversify the list of Indy companies that are tapping into the global economy – 80 percent of the world’s earning power is outside the United States, and our business community isn’t capitalizing on it,” said Bob McElwain, vice chairman of JPMorgan Chase Indiana. “The GoGlobal grants will support the initiative of small- and mid-market firms, and create success stories that will encourage more employers to look beyond our borders to grow.”

The application and program information can be found at IndyChamber.com/GoGlobalGrant – important details include:

The GoGlobal Grand Prize is an opportunity for awardees to publicly promote their business and the impact of exporting. Companies will pitch their stories to a panel of judges, for an additional $15,000 matching grant to support further global engagement. This grand prize winner will be selected on November 11.

“We’re excited to hear from our GoGlobal winners, to inspire others and learn from their experiences,” said Huber. “The competitive pitch is common in the start-up community, and we think it works here, too – after all, these companies will be reinventing themselves by opening their business to a wider world.”

In addition to kicking off the GoGlobal Export Grant, Tuesday’s Global Indy program included a presentation by Brookings’ Marek Gootman, who also moderated a panel with Gil Latz of IUPUI and Drew Klacik of IU’s Public Policy Institute.

I play on the radio from 7 am -1 pm weekdays on 98.9 FM WYRZ and WYRZ.org. Follow me on twitter @WYRZBrianScott or e-mail me at brian@wyrz.org.
Previous Donnelly Visits Indianapolis VA to Discuss Veterans Crisis Line Concerns
Next State of Indiana Announces New Initiative to Encourage Adults to Complete College Degrees