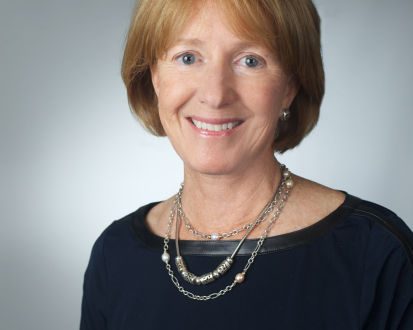 September 6, 2017–INDIANAPOLIS – Marsha Coats, the wife of former U.S. Senator and current Director of National Intelligence Dan Coats, is stepping down from her role as Indiana’s National Committeewoman on the Republican National Committee.

In a letter to Governor Eric Holcomb and Indiana Republican Party State Chairman Kyle Hupfer announcing her decision, Coats wrote, “It has been a great honor for me to serve as Indiana’s National Committeewoman to the Republican National Committee for the past four years. I tried to represent the views of most Hoosier conservatives, and it made me happy and proud to do so.” She added her “sincere thanks to then-Governor, now Vice President, Mike Pence for nominating me, and to the Central Committee for supporting me. Also, I thank Governor Holcomb whose team I gladly served.”

Coats was nominated to the post by then-Governor Mike Pence in July 2013 and was subsequently confirmed by the Indiana Republican Party State Committee. However, her active involvement in Republican Party politics in Indiana dates back to her husband’s first run for office in 1980 when he replaced Dan Quayle in the United States House of Representatives.

Indiana Republican Party State Chairman Kyle Hupfer said, “Marsha Coats has been a valuable member of our State Committee and the Republican National Committee. Her insight, candor and always positive demeanor have made her extremely well respected here at home in Indiana and across the nation. On behalf of the Indiana Republican Party, I thank Marsha Coats for her decades of dedication to our candidates and our cause and know that she will continue to make us proud to call her one of our own for many more years to come.”

A new national committeewoman will be nominated and selected in the coming months. Those interested in being considered for the vacancy should contact Chairman Kyle Hupfer via email at info@indiana.gop.

Marsha Coats Biography
Marsha Coats has been involved in a wide range of academic, athletic, church and community activities throughout her life. Born and raised in Illinois, Marsha attended Wheaton College where she played on the varsity tennis team. She also pursued her love of music by singing in her high school “a cappella” choir, the Wheaton College Oratorio Choir, and playing the piano and organ in her church in Fort Wayne, Indiana.  Marsha graduated Wheaton College with a Bachelor of Arts degree in Education.

During her time in college, Marsha met a fellow student named Dan Coats. The two were married on September 4, 1965. While raising their three children, Marsha taught in both public and private middle school systems in Illinois, Indiana and Virginia.

In 1997, Marsha received a Master’s degree from Johns Hopkins in Clinical Community Counseling.  Marsha went on to work as a family counselor in private practice and in support of the office of the U.S. Senate Chaplain. She served on the Board of Psychiatric Rehabilitation Services of Northern Virginia.

When Dan Coats was named the U.S. Ambassador to the Federal Republic of Germany in 2001, the Coats’ moved to Berlin, Germany, and served together until their return to the States in 2005.  While in Germany, Marsha engaged in numerous activities that furthered the work of the American embassy.

Marsha has received several awards, including the U.S. Army Commanders’ Award for Public Service for her work with the soldiers and families of the U.S. Army forces serving in Germany. She also received the U.S. State Department Certificate of Appreciation for Outstanding Public Diplomacy for her work as “a driving force behind Mission Germany’s Public Diplomacy Program and the American Embassy’s Eastern Outreach Program.” In 2007, Marsha was presented with the Maggie Sloan Crawford Award by Olivet Nazarene University “as a woman whose life and accomplishments mark them as examples and role models for the young women today.”

Marsha and Dan have three adult children and ten grandchildren.