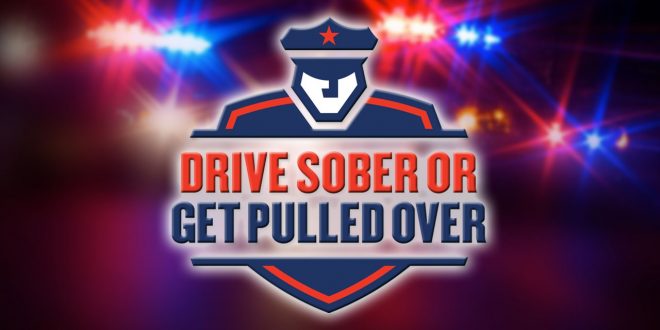 Indianapolis District Troopers will Increase Patrols Through the Holidays

Indianapolis, IN. — The Indiana State Police today announced that it will be increasing patrols during the holiday season, as part of a statewide crackdown on impaired driving.

Starting this week until Jan. 1, officers will be on high alert for anyone driving under the influence of drugs or alcohol. Law enforcement will also be watching for seat belt violations and other forms of dangerous driving.

This is part of the Safe Family Travel campaign aimed at reducing crashes and traffic fatalities around the holidays, when statistics show an increased potential for drunk driving. The high-visibility patrols are funded by the National Highway Traffic Safety Administration (NHTSA) with a grant from the Indiana Criminal Justice Institute (ICJI).

“This holiday season, Troopers in the Indianapolis District will increase patrols for aggressive driving as well as impaired driving. Our goal is to increase highway safety and prevent crashes through high visibility patrols and targeted enforcement efforts.” said Indiana State Police Indianapolis District Commander Josh Watson. “This effort is a reminder about the dangers of impaired driving, but it also serves as a warning. If you choose to drive impaired on drugs or alcohol, you will be arrested.”

Every year, more than 10,000 people die in drunk-driving crashes in the U.S. That’s approximately one person every 52 minutes. While driving under the influence is a daily concern, it’s more prevalent around certain holidays, with Christmas and New Year’s among the deadliest.

Last December, 73 people lost their lives in fatal collisions in Indiana. Of those, 11 involved a drunk driver, according to ICJI.

“It’s important to remember that these aren’t just numbers we’re talking about,” said Robert Duckworth, ICJI Traffic Safety Director. “These are people with loved ones whose lives were cut short due to impaired driving. Your choices behind the wheel matter, and they can have serious consequences.”

Throughout the campaign, officers will be working overtime to raise awareness about the dangers of impaired driving, which includes more than just drugs and alcohol. Certain prescription and over-the-counter medications can also affect a person’s ability to drive safely, so it’s important to read and follow all warning labels or consult with a doctor before driving.

The Indiana State Police is asking for the public’s help to keep Indiana roads safe this holiday season by designating a sober driver or using a ride service, public transportation or taxi if alcohol is consumed. Motorists are also encouraged to wear a seat belt, slow down, put down the cell phone and to make sure kids are properly buckled up. In addition to being required by law, wearing a seat belt also reduces the risk of injury or death in a crash.

“If your holiday celebrations include alcohol, make arrangements ahead of time to get home safely – don’t wait until after you’ve had a couple of drinks,” said Devon McDonald, ICJI Executive Director. “One wrong decision behind the wheel is all it takes to cause a tragedy.”

I play on the radio from 7 am -1 pm weekdays on 98.9 FM WYRZ and WYRZ.org. Follow me on twitter @WYRZBrianScott or e-mail me at brian@wyrz.org.
Previous Visit Hendricks County, Embassy Suites Plainfield Share STAR Award
Next Gov. Holcomb announces all Hoosiers taxpayers to receive a Tax Refund