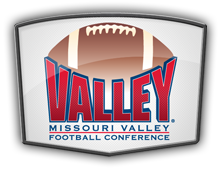 Mitchell was originally inducted in 2009, but no one knew where to find him.  After graduating from ISU, he moved to Canada to pursue a professional football career in the Canadian Football League (CFL) where he played from 2006-2009.  While in the CFL Mitchell played for the Saskatchewan Roughriders and briefly with the British Columbia Lions (B.C. Lions).  While a member of the Roughriders, the team won the Grey Cup Championship in 2007.  For those not aware, this is the Canadian equivalent to the NFL Super Bowl.

The Silver Anniversary Awards are presented each year by the American National Collegiate Athletic Association (NCAA) to recognize six distinguished former student-athletes on their 25th anniversary of the end of their intercollegiate athletics eligibility.   Nominees must have received a varsity letter at an NCAA member institution and achieved personal distinction since his or her graduation.  Selection criteria are weighted, 40 percent to the nominee’s status as a prominent collegiate athlete and 60 percent to the nominee’s career achievement.   The award is considered one of the most prestigious in the world of collegiate sports.

Kyle Mitchell is the Fourth Indiana State Sycamore to receive this award in the history of the ISU Football program.  While in College, his position Coach and Mentor Coach Shannon Jackson was also a recipient of the Silver Anniversary Award in 1999.   Kyle Mitchell broke Shannon Jackson’s All-Time Career Sack Record and Tackle For Loss (TFL) record during his tenure at ISU.

While at ISU, Mitchell also had other notable achievements:

When asked what he attributed his success to, Mitchell said, “My Father is a retired Marine and my Mother passed away of breast cancer before I picked up a football.  The discipline that they instilled in me as a youth, has assisted me throughout my life.  Competing heavily in collegiate sports, coupled with a strong academic background was transferable to my career with the Indiana State Police.”  Mitchell concluded, “The discipline, self-drive, and work ethic instilled by parents, coaches, and support of my teammates, helped me continue to strive for greatness.”