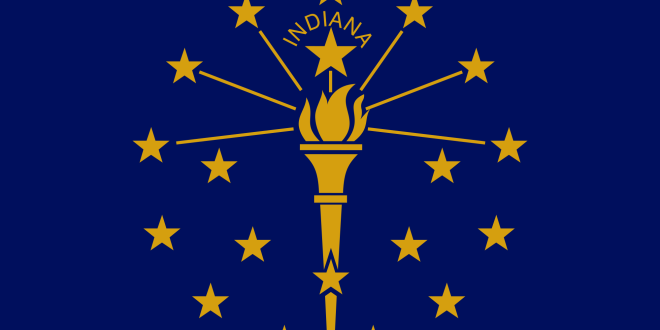 Indianapolis – The Indiana Office of Defense Development (IODD) was recently honored at the Federal Laboratory Consortium (FLC) Annual National Conference in Chicago with the State and Local Economic Development Award, which recognizes successful initiatives that involve partnerships between state or local economic development groups and federal laboratories for economic benefit.

IODD was recognized along with:

The FLC is the formally chartered, nationwide network of over 300 federal laboratories, agencies and research centers that foster commercialization strategies and opportunities for accelerating federal technology transfers from out of the labs and into the marketplace.  Each year, these laboratories gather to recognize outstanding technology transfer (T2) achievements.

“It’s an honor to be recognized by the FLC for technology transfer,” said Duane Embree, director of IODD.  “FLC has been a champion and ‘seal of approval’ for technology transfer efforts across America for many years, and has helped policy makers and community leaders understand what it takes to drive successful commercialization activities.”

IODD received the award for its efforts with the Rural Indiana Technology Commercialization Initiative (RITCI) that advanced the movement of Federal innovation from the scientific bench top at NSWC Crane Division towards the marketplace.  RITCI was launched under the premise that most of the pieces needed to support technology based economic development (TBED) existed and for the most part were funded in rural Indiana, but had yet to be connected.  The RITCI set out to network these pieces with a goal of effecting economic impact and further leveraging the national investment made at Crane.

Under RITCI, multiple university programs were networked into a value stream that highlighted each program’s strengths. These programs included Purdue’s Foundry, IU’s Law Clinic, USI’s Technology Commercialization Academy, as well as several others. One of the goals was to develop and validate a model for rural technology commercialization, which was accomplished by guiding three local startup companies using Crane innovations through the value stream. The results included two new startup companies and inventions, startups’ products moving closer to market, new patent licenses on Crane innovations, new cooperative R&D partnerships between Crane and area companies, new marketing materials for Crane and blueprints to continue the initiative.

“FLC has had a significant impact on the evolution of technology transfers at NSWC Crane Division, Indiana’s only Federal lab,” said John Dement, Regional Coordinator of the FLC Midwest Section and IODD’s Director of Technology Commercialization.  “FLC has been a true partner in Indiana through a phenomenal educational program that has trained many individuals in the State universities’ outreach and technology commercialization offices.  Previous FLC awards have been won in Indiana by USI, Ball State University and NSA Crane for pioneering technology transfers processes that have been used by other Federal labs across the nation.”

The IODD is part of the Lieutenant Governor’s family of businesses which also includes the Office of Community and Rural Affairs, Indiana State Department of Agriculture, Office of Tourism Development, Office of Small Business and Entrepreneurship and the Indiana Housing and Community Development Authority.

I play on the radio from 7 am -1 pm weekdays on 98.9 FM WYRZ and WYRZ.org. Follow me on twitter @WYRZBrianScott or e-mail me at brian@wyrz.org.
Previous Coats, Senators Call for Withdrawal of Proposed Drug Rule for Medicare Part B
Next Husband and Wife arrested on Numerous Drug Charges in Anderson