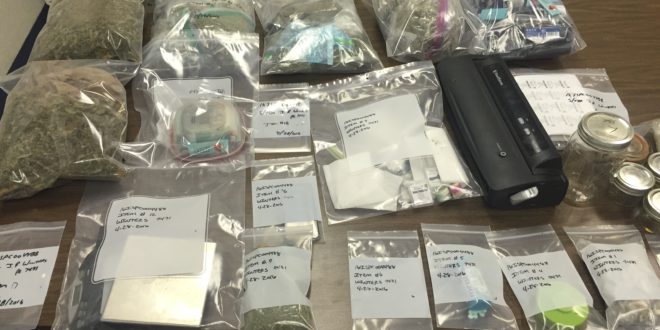 Husband and Wife arrested on Numerous Drug Charges in Anderson

Anderson-Wednesdayat approximately 12:30 p.m. troopers from the Indiana State Police located at the Lafayette and the Pendleton Posts, arrested an Anderson couple on numerous drug related charges.

Senior Trooper Ryan Winters and Trooper Ben Rector started the investigation in the Lafayette area which in turn lead them to the residence at 2510 east 7th Street Anderson. At approximately 9:30 a.m. on the 27th, Rector and Winters with assistance from Pendleton Trooper David Preston went to the residence in Anderson and spoke to the occupants Rex Roderick Bryan, 42 and Kathrin M. Bryan, 41. 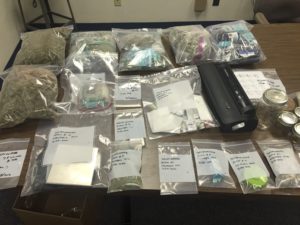 Marijuana wax is made with a makeshift laboratory that uses butane fuel and other highly volatile chemicals that have the possibility to explode or cause an uncontrollable fire.

Assisting at the scene was the Madison County Prosecutor’s office. Pictures are of the equipment used to manufacture waxed marijuana and contraband recovered in the search warrant.

I play on the radio from 7 am -1 pm weekdays on 98.9 FM WYRZ and WYRZ.org. Follow me on twitter @WYRZBrianScott or e-mail me at brian@wyrz.org.
Previous Indiana Office of Defense Development Honored with State and Local Economic Development Award
Next Former Galveston Town Marshal Arrested on Three Felony Charges