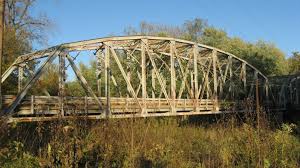 INDIANAPOLIS – With a stop in Clark County today for a ground breaking ceremony, Mike Pence is expected to tout an infrastructure announcement that does the bare minimum needed to fix Indiana’s crumbling roads and bridges. However, with the over 1,900 structurally deficient bridges in the state, it is important to note that while the governor touts statistics, Southern Indiana must grapple with the reality of 165 bridges being structurally deficient — including thirteen in Clark County. The lack of action by Mike Pence has put Indiana’s “Crossroads of America” reputation in jeopardy.

“With incidents like the I-65 bridge closure and the state wasting $71 million on faulty asphalt, Governor Pence has been late to the game on fixing Indiana’s D+ rated infrastructure. And even as Governor Pence made his announcement yesterday, his plan not only fails to start immediately, but it also doesn’t address the local roads many Hoosiers use each day,” said Drew Anderson, communications director for the Indiana Democratic Party. “But Hoosiers should expect this from Mike Pence. It has taken bad internal polling for Mike Pence to finally address the overall well-being of everyday Hoosiers.”

After a public relations crisis on Indiana’s crumbling infrastructure and a state agency wasting $71 million on faulty asphalt, Governor Pence yesterday announced a plan to invest in our roads over four years. This plan, however, achieved the bare minimum necessary to maintain and solve today’s problems for our existing D+ rated infrastructure system.

Indiana Democrats have continued to hold Mike Pence and INDOT accountable for this mess. From calling for a complete open records request surrounding the I-65 northbound bridge closure to launching the #FixOurRoads social media campaign, Democrats know that enough is enough, and it’s time for an immediate investment into Indiana’s existing infrastructure. Simply put, Hoosiers are tired of Governor Pence’s late to the game strategy and some commonsense solutions are needed to solve today’s problems for the everyday Hoosier.

I play on the radio from 7 am -1 pm weekdays on 98.9 FM WYRZ and WYRZ.org. Follow me on twitter @WYRZBrianScott or e-mail me at brian@wyrz.org.
Previous New Issue Forces State Board to Delay ISTEP+ Cut Score Setting
Next Governor Pence Proposal Adds $1 Billion in Road Funding Over Four Years