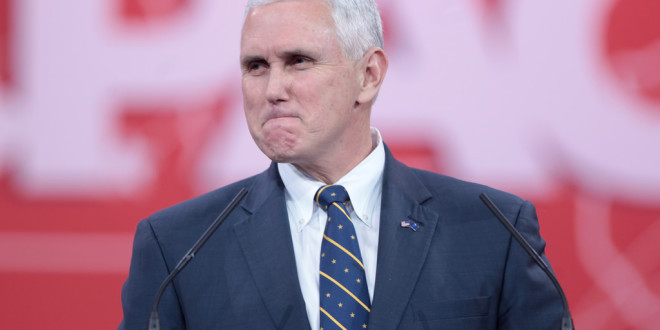 Indianapolis – Governor Mike Pence today unveiled his 21st Century Crossroads proposal, a plan that will make $1 billion in new road funding available over the next four years without raising taxes. 21st Century Crossroads would put the Indiana Department of Transportation (INDOT) on a path to resurface 16,000 miles of state highways and repair more than 5,200 bridges over the next 15 years.

“These additional funds will help INDOT make future maintenance and repairs as the interstate system comes of age, and will help ensure that our roads can support the economic and employment growth our state has seen over the last few years. Just as Hoosiers seek to build a financial reputation that allows them to build a future, our state has put in the hard work to guarantee that Indiana’s future is bright as we enter our third century.”

The Governor’s 21st Century Crossroads plan would continue to build upon improvements in statewide pavement and bridge condition, and would build upon the already $3.2 billion INDOT was planning to spend over the next 5 years on road and bridge preservation. Since Governor Pence took office in 2013, state bridges rated as fair or better have increased from 93 percent to 95.3 percent, bringing it above last year’s national average of 94 percent. Under the Governor’s proposal, this would improve further to 97 percent in 10 years. Between 2012 and 2014, state-maintained pavement has improved from 89.3 percent in fair or better condition to 90.3 percent. With 21st Century Crossroads, this would improve further to 94 percent in 10 years.

Because of the state’s economic health and prudent fiscal management, Governor Pence’s 21st Century Crossroads proposal relies upon a responsible and measured combination of the following funding sources:

Every year since 2013, Governor Pence and the Indiana General Assembly have increased funding for transportation. In total, $1.26 billion from the state general fund, including $200 million for local roads and bridges, has been budgeted since 2013. During the 2013 legislative session, highway account diversions were ended and 1 percent of all sales tax revenues were dedicated to transportation. During 2014, the Major Moves 2020 program funded highway widening and rehabilitation projects, including Interstate 65 near Lafayette. The current two-year state budget includes an additional $200 million for state highways.

Also attached is a handout of INDOT accomplishements, and a map showing INDOT preservation projects from FY 2013 to FY 2020 planned before this additional funding.

I play on the radio from 7 am -1 pm weekdays on 98.9 FM WYRZ and WYRZ.org. Follow me on twitter @WYRZBrianScott or e-mail me at brian@wyrz.org.
Previous Indiana Democrats say Governor’s plan does bare minimum to address Indiana’s crumbling infrastructure system
Next Brownsburg Food Drive Helps Stock Local Pantry