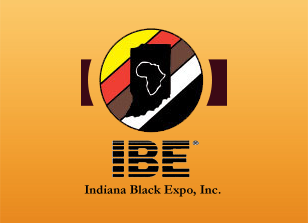 “As we reflect on the events of these last few weeks, it is important that we rededicate ourselves to the cause of coming alongside our fellow neighbors with generosity and compassion,” said Governor Pence. “The men and women we honor today are the embodiment of that spirit, and Hoosiers are grateful for their tireless dedication to this state and our people. As we seek to build bridges of opportunity for all, I could not be more thrilled to recognize these outstanding leaders.”

Individuals and organizations received the Governor’s Award for Achievement in the fields of health and wellness, business and entrepreneurship, education, religion, civil rights and military service. The Governor also awarded the Sam Jones Trailblazer Award and the Reverend Charles Williams Community Service Award.

After losing his sight, Tony Blair realized that awareness and services for the visually impaired were lacking in Gary and opened The Blind Social Center (TBSC). TBSC is a place where blind and visually impaired individuals can come together in a loving and safe atmosphere to meet and socialize with one another and receive information about new products, technology and services available for them. Trained professionals on staff assist the blind and visually impaired in achieving their social, economic, educational, personal and physical goals.

In 1974, Reverend Mozel Sanders and a few volunteers served Thanksgiving dinner to a small group of people at the Mount Vernon Missionary Baptist Church. Today, more than 40 years after its birth, The Mozel Sanders Foundation has expanded to 45 satellite locations of churches, care faculties and community service centers serving more than 35,000 hot meals to families in need.

Kountry Kitchen Soul Food Place has been serving soul food in Indianapolis since 1986. Each Christmas since 2005, Kountry Kitchen has partnered with local vendors and volunteers to feed the homeless and less fortunate. The dinner has grown from feeding 1,000 in its first year to more than 2,600 people annually. The Kountry Kitchen restaurant has grown a reputation nationwide for serving warm meals to those in need regardless of their ability to pay.

Jeff Smith is an executive with more than 30 years of experience in restaurant and hospitality management. He partnered with former Indianapolis Colts linebacker Gary Brackett to help launch Georgia Reese’s Southern Table & Bar in Indianapolis. He serves as president of the Brackett Restaurant group and is a member of 100 Black Men of Indianapolis, teaching etiquette classes to high school juniors and seniors. He has also volunteered for the Indianapolis chapter of the National Coalition of 100 Black Women since 2004, coordinating the annual Gourmet Gents fundraiser.

Powers & Sons Construction Company is a commercial, industrial and institutional construction company, recognized for its accomplishments in the construction industry by publications including Black Enterprise and Minority Business News. Power & Sons has established college scholarships for students studying construction and for underrepresented populations, including financially challenged and first-generation college students.

In 2009, Reverend Todd Robertson founded the Dare to Dream HBCU Tour to show Evansville-area youth that people just like them are succeeding at Historically Black Colleges and Universities. Each year, 36 African American students, grades 6-12, and 18 chaperones tour Historically Black Colleges and Universities and nearby historical sites at no cost to them. The program has developed into a standalone Dare to Dream Mentoring Program.

Bishop Byron Johnson has built churches and supported numerous missionary efforts in cities across the world including Akure, Ibadan, Lagos, Nigeria, and Brazil, Russia and Israel. He is the founder of Indianapolis-based New Wineskin School of Ministry and serves as an instructor at Aenon Bible College. Bishop Johnson is involved with local missions, including the food pantry at New Wineskin Ministries, which feeds more than 5,000 monthly.

Sadie Harper-Scott is a private criminal investigator and counselor. She currently serves on the State of Indiana Board of the National Association for the Advancement of Colored People (NAACP) and is serving her fifth term as NAACP Greater Lafayette Branch President. She has worked with juveniles and families in crisis in Tippecanoe and Marion counties and works with her church to motivate young women by providing them with spiritual guidance and encouragement.

Tillman H. Harpole American Legion Post 249 is the only majority African American post in Indianapolis. Established in 1937, Post 249 is named after Tillman H. Harpole, a Black first lieutenant who served during World War I. The American Legion is committed to community youth programs, advocating patriotism and honor, promoting national security, and continued devotion to fellow service members and veterans.

Command Sergeant Major Brenda Simmons joined the Indiana National Guard in 1981 and was mobilized as Contracting Officer to assist with Hurricane Katrina Relief for Mississippi in 2005. She was later deployed to Joint Base Balad, Iraq in 2008. In 2014, she was assigned to the Camp Atterbury Joint Maneuver Training Center in the Installation Support Unit, Training Support Team #1. She currently serves as Command Sergeant Major for the 38th Sustainment Brigade, located in Kokomo.

Gunner’s Mate First Class (Surface Warfare) Lashanda T. Washington enlisted in the United States Navy in 2006. She is currently stationed at the Navy Operation Support Center (NOSC) Indianapolis where she is the Anti-Terrorism/Force Protection Officer and Training Officer. Her personal awards include the Navy and Marine Corps Achievement Medal, The Navy Good Conduct Medal, Global War on Terrorism Expeditionary Medal and various other unit and campaign awards.

Princeton Young, a fifth-grader at Longfellow Elementary School in Muncie, heard about the water crisis in Flint, Michigan and wanted to help. He and his mother contacted the superintendent of Flint Community Schools about donating water, but they were told the kids really needed books instead. Princeton started a book drive at local elementary schools with a goal of collecting 100 books. He surpassed his goal, delivering 783 books to students in Michigan.

Marshawn Wolley is the Director of Community Engagement and Strategic Initiatives and Lecturer of Public Affairs for the School of Public and Environmental Affairs at Indiana University–Purdue University Indianapolis (IUPUI). He is also the President of the Exchange at the Indianapolis Urban League and writes for the Indianapolis Business Journal as a columnist for their magazine, Forefront.

Reverend Melvin J. Jackson is the pastor of the Christian Love Missionary Baptist Church and the president and CEO of Westside Community Ministries in Indianapolis. He serves on the Baptist Ministers Foresight Alliance of Greater Indianapolis and Vicinity, the Indianapolis 10 Ten Point Coalition, Marion County Mental Health Advisory Board, The Center for Neighborhood Enterprise and the Project Safe Neighborhood Community Outreach Committee.

A retired public school teacher, State Senator Earline Rogers represents Indiana Senate District 3, encompassing portions of Lake County. Elected to the State Senate in 1990, she is the Ranking Democrat on the Senate Education and Career Development Committee and a member of the Senate Appropriations Committee. Senator Rogers also serves on the Indiana Education Roundtable.

Bethel African Methodist Episcopal Church, founded in 1836, is the oldest African American church in Indianapolis and was added to the National Register of Historic Places in 1991. Today, Bethel African Methodist Episcopal Church facilitates several community-centered activities, including the Back-To-School Giveaway, Adopt-A-School Program and the Homeless Program, which provides free lunches for those in need.

Award recipients were selected by the Governor in collaboration with state and community leaders. Governor Pence and IBE President and Chief Executive Officer Tanya Bell presented the awards during a ceremony at the Indiana Convention Center.

I play on the radio from 7 am -1 pm weekdays on 98.9 FM WYRZ and WYRZ.org. Follow me on twitter @WYRZBrianScott or e-mail me at brian@wyrz.org.
Previous Skills Development & Career Certification Program Enrolls 4,000th Student
Next Family-Owned Consulting and Analytics Company Adding High-Wage Jobs in Indianapolis