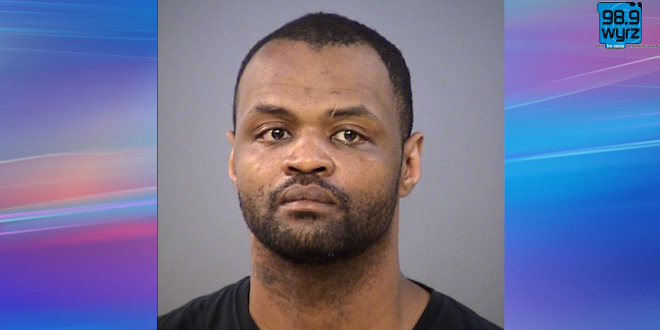 IMPD quickly apprehends armed robbery suspects on the east side

On Sunday, May 9, 2021, at approximately 8:15 AM, IMPD Covert Robbery Detectives were made aware that a business robbery had just occurred at 1590 N. Post Road, the Speedway Gas Station. Officers responded and confirmed a robbery had occurred and quickly provided a description of the suspect to assisting units in the area. As a result, IMPD SWAT and Covert Detectives approached the suspect at N. Shadeland Ave and Pendleton Pike.  The suspect was identified as 35-year-old Marquette Neal, where he was taken into custody.

After further investigation, IMPD Covert Robbery Detectives arrested Marquette Neal for his alleged role in this robbery and preliminarily charged him with suspicion of robbery.  Detectives also arrested him for his alleged role in the May 5, 2021 business robbery which occurred at 2383 East Washington St. Neal was transported to the Marion County Jail.

The Marion County Prosecutor’s Office will review the case and make a final charging decision.

Anyone with information about criminal activity is urged to call Crime Stoppers of Central Indiana at 317.262.8477 or (TIPS).  Citizens can also download the mobile P3tips app for Apple or Android phones to submit a mobile tip or go to www.CrimeTips.org to submit a web tip. You will remain anonymous and may be eligible for a cash reward of up to $1000 if the information leads to a felony arrest.  Only tips submitted directly and anonymously to Crime Stoppers are eligible for these cash rewards.

I play on the radio from 7 am -1 pm weekdays on 98.9 FM WYRZ and WYRZ.org. Follow me on twitter @WYRZBrianScott or e-mail me at brian@wyrz.org.
Previous Hendricks County Lawmakers: State awards over $1.2M to help drive local road projects
Next Gov. Holcomb Announces Restoration of Weekly Work Search Requirement for Unemployment Benefits