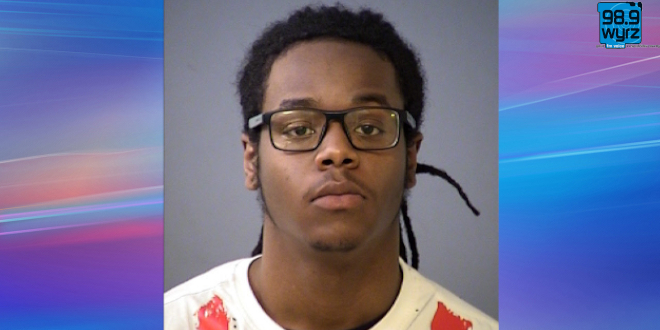 On Monday, January 11, 2021, just before 9:00 p.m., IMPD East District officers were dispatched to the 2100 block of N. Spencer Avenue on a report of a person shot.  When officers arrived, they located two male victims who had injuries consistent with a gunshot wound(s). IEMS arrived and unfortunately pronounced one of the victim’s deceased. The second victim was transported by IEMS to an area hospital listed in stable condition.

Homicide detectives continued their investigation and were able to identify the alleged suspect. February 2, 2021, Homicide Detectives announced the arrest of 21-year-old Romello Mcgee for his alleged involvement in the death of James Lewis.  Romello Mcgee was arrested and charged with Murder. The Marion County Prosecutors Office (MCPO) will review the case and determine a final charging decision.

I play on the radio from 7 am -1 pm weekdays on 98.9 FM WYRZ and WYRZ.org. Follow me on twitter @WYRZBrianScott or e-mail me at brian@wyrz.org.
Previous Entire I-69 Finish Line Corridor Moving to Construction After Final Contracts Awarded
Next IMPD Chief Taylor terminates probationary officer following arrest