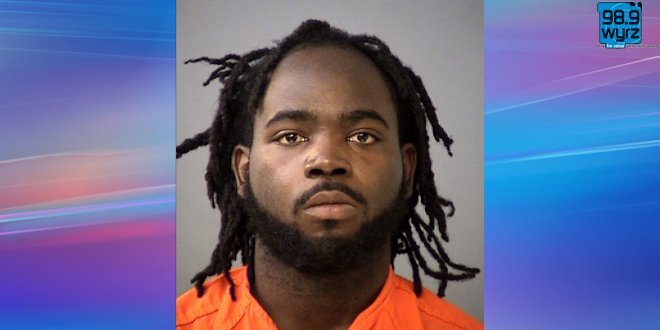 On May 30, 2020 at approximately 11:48pm, officers with the Indianapolis Metropolitan Police Department (IMPD) were dispatched to a person shot at North Talbott St. and East Vermont St.  Upon arrival, officers located a male suffering from injuries consistent with gunshot wound(s).  Indianapolis Emergency Medical Services (IEMS) responded to the scene and pronounced the victim deceased. The victim was later identified by the Marion County Coroner’s Office (MCCO) as Chris Beaty.

Homicide detectives responded and immediately began securing the scene and canvassing the area for witnesses. The Indianapolis-Marion County Forensic Services Agency responded to assist in identifying and collecting potential forensic evidence. MCCO assisted and determined the exact manner and cause of death.

Homicide detectives worked tirelessly on the case over the months that followed and announce the arrest of 23-year-old Marcus Anderson for his alleged involvement in the homicide.  Anderson was arrested and charged with Murder, Felony Murder, Robbery and Pointing a Firearm.

“In the midst of historic levels of unrest in the heart of our city, IMPD detectives immediately got to work to hold accountable those responsible for the murder of Chris Beaty. And as Indianapolis continues to grieve the loss of this fixture of our community – a role model, mentor, helper, and friend to so many – we will remain dedicated to working with the Marion County Prosecutor’s Office to ensure justice for Mr. Beaty and his family,” said IMPD Chief Randal Taylor.

I play on the radio from 7 am -1 pm weekdays on 98.9 FM WYRZ and WYRZ.org. Follow me on twitter @WYRZBrianScott or e-mail me at brian@wyrz.org.
Previous Danville rides physicality to state title game
Next Head-on Collision on U.S. 40 in Hancock County Claims One Life