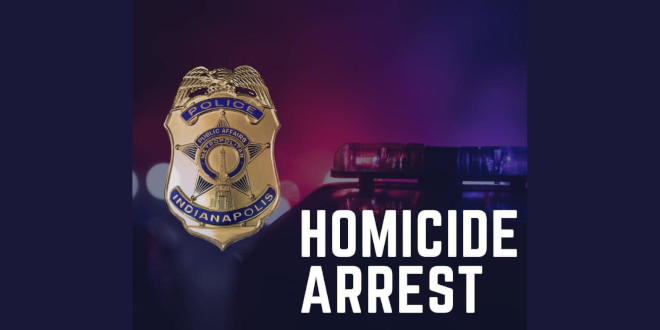 On Friday, September 2, 2022, just before 10:00 p.m., IMPD Southwest District officers were dispatched to 5920 Fieldcrest Lane on a report of a person shot. Officers arrived and located an adult male, later identified as Stacey Branch Jr., with injuries consistent with a gunshot wound.  Indianapolis Emergency Medical Services responded to the scene and transported him to Eskenazi hospital in critical condition.

Later that evening, Stacey Branch Jr. succumbed to his injuries and was pronounced deceased at the hospital.

IMPD homicide detectives responded to the scene to begin their investigation. The Indianapolis-Marion County Forensic Services Agency responded to identify and collect potential forensic evidence. The Marion County Coroner’s Office assisted and determined the exact manner and cause of death.

The investigation continued and detectives were able to identify Dionni King as the suspect in this case. On September 29, 2022, IMPD Homicide detectives were able to locate Dionni.  Detectives learned that a verbal altercation occurred between Dionni and Stacey Branch Jr.,before the shooting occurred. Dionni was arrested for his alleged role in the homicide of Stacey Branch Jr.

The Marion County Prosecutors Office (MCPO) will review the case and determine a final charging decision.

Anyone with information about this incident should contact Detective Christopher Edwards at the IMPD Homicide Office at 317.327.3475 or e-mail him at Christopher.Edwards@indy.gov

I play on the radio from 7 am -1 pm weekdays on 98.9 FM WYRZ and WYRZ.org. Follow me on twitter @WYRZBrianScott or e-mail me at brian@wyrz.org.
Previous Department of Agriculture warns of harvest traffic on rural roads
Next Domestic Disturbance Leads to Officer-Involved Shooting