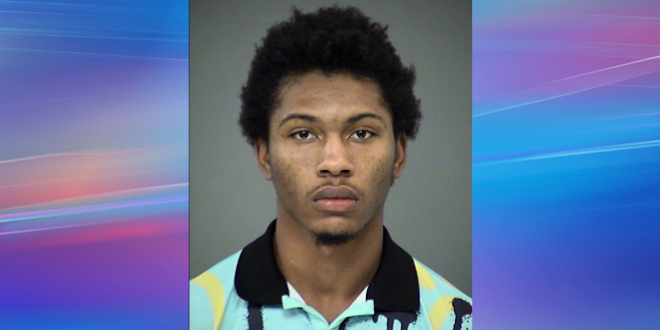 INDIANAPOLIS –  Just after 9:30 a.m. on April 4, 2019, officers with the Indianapolis Metropolitan Police Department (IMPD) were dispatched to 3237 N Ruckle St. to check the welfare of a person in a vacant residence.  Officers arrived and found a male deceased inside the residence. The male was later identified as 18-year-old Gerald Beamon Jr.

The Marion County Coroner’s Office (MCCO) responded and after an autopsy was completed, determined the cause of death to be multiple gunshot wounds to the body and ruled the death to be a homicide.

IMPD homicide detectives continued their investigation.  On September 11, 2019 detectives arrested Ron-Ricco Duncan for his involvement in the death of Gerald Beamon Jr.   The Marion County Prosecutor’s Office will review the case and make a charging decision.

Anyone with information is urged to call the IMPD Homicide Office at 317.327.3475 or Crime Stoppers of Central Indiana at 317.262.8477 or (TIPS).  Citizens can also download the mobile P3tips app for Apple or Android phones to submit a mobile tip, or go to www.CrimeTips.org to submit a web tip. You will remain anonymous and may be eligible for a cash reward of up to $1000 if the information leads to a felony arrest.  Only tips submitted directly and anonymously to Crime Stoppers are eligible for these cash rewards.

I play on the radio from 7 am -1 pm weekdays on 98.9 FM WYRZ and WYRZ.org. Follow me on twitter @WYRZBrianScott or e-mail me at brian@wyrz.org.
Previous Weekend Ramp Closures in Indianapolis/Marion County
Next Indiana Secures Grant to Assist Small Businesses in Reaching Global Markets