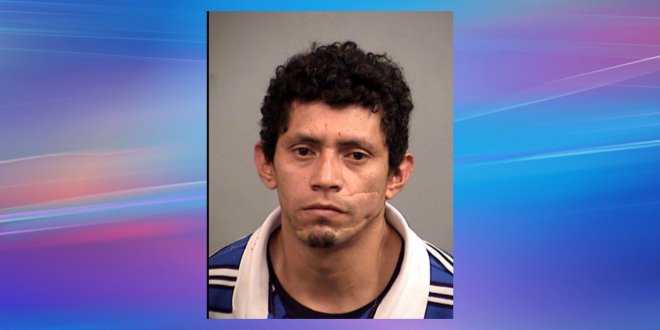 INDIANAPOLIS –On Saturday, March 31, 2018, just before 7:30 p.m., officers with the Indianapolis Metropolitan Police Department (IMPD) were dispatched to 3736 La Fontaine Court on a disturbance with a person injured by a knife. When officers arrived they came into contact with two males who both had been stabbed.  Indianapolis EMS responded and transported one male to Methodist Hospital in stable condition.  The second male was transported to Eskenazi hospital in critical condition.

Officers were informed that the alleged suspect had run into a nearby apartment.  Homicide detectives responded to the scene.  Detectives requested and were granted a search warrant for the apartment in question.  IMPD SWAT responded, made entry to the apartment and apprehended 35-year-old Christian Ortez, he was transported to the Homicide office and interviewed.

Despite the best life-saving efforts by medical staff, the male who was transported in critical condition died from his injuries. Ortez was arrested for aggravated battery and murder. The Marion County Prosecutors Office will review the case and make a charging decision.
The Marion County Forensic Services Agency responded to assist with identification and collecting potential forensic evidence.  The Marion County Coroner’s Office (MCCO) will be assisting and will determine the exact manner and cause of death. The name of the victim can be obtained from the MCCO after proper next-of-kin notification has been made.

I play on the radio from 7 am -1 pm weekdays on 98.9 FM WYRZ and WYRZ.org. Follow me on twitter @WYRZBrianScott or e-mail me at brian@wyrz.org.
Previous IMPD seeks the public’s assistance identifying suspect(s) involved in Indianapolis homicide. ATF offer reward
Next Indy Metro Homicide detectives investigating a fatal shooting on the north side of Indianapolis