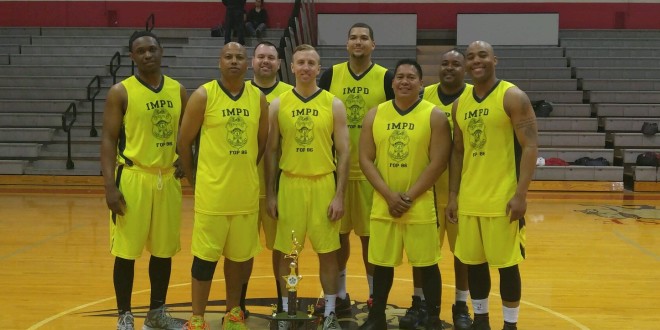 IMPD comes out on top after FOP State Basketball Tournament

INDIANAPOLIS – The Fraternal Order of Police (FOP) hosted a State Basketball Tournament in Evansville this past weekend involving numerous police agencies across the state. 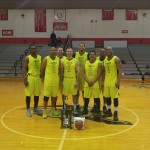 Several officers for the Indianapolis Metropolitan Police Department (IMPD) traded out their police uniforms for basketball jerseys, to participate in the FOP State Basketball Tournament. The IMPD won six games and advanced to the Championship game where they took on the Indiana State Police. After a grueling and competitive match, IMPD was able to walk away victoriously. Congratulations to the FOP State Champions, IMPD! 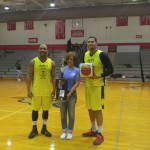 “It’s an incredible honor to be Co-MVP with Sydney McDaniel,” said Officer Jerald Hunter, who was the Co-MVP with Officer Sydney McDaniel. He went on to say, “I was shocked and amazed because everyone played with an enormous amount of passion and intensity. It could have went to any player on our team. Playing against other departments is always a great experience. Even though we proved to be the best in the state, I love to compete against my fellow brothers in blue.”

The IMPD would like to extend their thanks to the FOP for organizing the tournament and also the other agencies that participated. The IMPD would also like to thank the Indiana State Police for the challenge and good sportsmanship. Congratulations again to the IMPD basketball team!

I play on the radio from 7 am -1 pm weekdays on 98.9 FM WYRZ and WYRZ.org. Follow me on twitter @WYRZBrianScott or e-mail me at brian@wyrz.org.
Previous IMPD Makes Arrest in Overnight Robbery of the McDonald’s
Next Donnelly Observes Missile Defense Capabilities Aboard U.S. Naval Ship in Spain