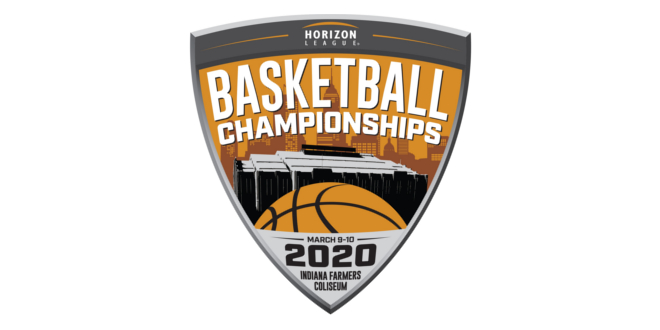 The design of the logo blends the incredible skyline of downtown Indianapolis with the iconic facade of the Indiana Farmers Coliseum, located in the shadows of downtown. Indianapolis, centrally located among League schools, was named one of “America’s Favorite Places” by Travel and Leisure and “One of the Most Exciting Food Cities” by Zagat.

#ReachTheHorizon will be used throughout the year to identify the Horizon League Basketball Championships as it symbolizes the goal for all student-athletes, coaches, alumni, and fans – earning a trip to Indianapolis in March and playing for a championship.

Tickets for the semifinals and championship games start at just $10 and will go on sale on July 18 at 10 am ET. Fans that purchase a ticket prior to September 30 will receive $5 off.

For complete information on the 2020 Horizon League Basketball Championships go to HorizonLeague.com/Indy or follow @HorizonLeague on social media.

ABOUT THE HORIZON LEAGUE

The Horizon League is an NCAA Division I athletics conference comprised of 10 member institutions located throughout the Midwest’s major metropolitan cities. Headquartered in Indianapolis, the League and its members strive to be highly competitive athletically while committing to the total development of its student-athletes and creating a lasting impact on campus and in the community. For more information, visit HorizonLeague.com.

I play on the radio from 7 am -1 pm weekdays on 98.9 FM WYRZ and WYRZ.org. Follow me on twitter @WYRZBrianScott or e-mail me at brian@wyrz.org.
Previous Crash on I-65 Claims the Life of a Freetown Man
Next INDOT to host public open house on I-465 reconfiguration project