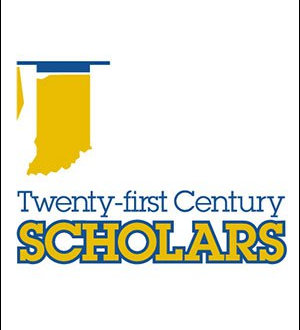 “The 21st Century Scholars program is a national model for providing students financial assistance to access higher education in combination with the support they need to be academically prepared and successful once they get there,” Indiana Commissioner for Higher Education Teresa Lubbers said. “The legacy of this program truly is written in the lives of the students who worked hard to qualify for this scholarship and complete their degrees.”

Founded in 1990, the program has provided full tuition scholarships for more than 70,000 Hoosier students—many of whom were the first in their families to attend college. Indiana’s 21st Century Scholars are more likely to go to college than all Indiana students. Compared to their low-income peers, Scholars are more likely to be academically prepared and complete a college degree.

Read the Commission’s report, 21st Century Scholars: 25 Years of Supporting Student Success to learn more about key program accomplishments and the lives it has transformed.

Among those recognized at the event were former Indiana Governor and U.S. Senator Evan Bayh as well as former state legislator and Commissioner for Higher Education Stan Jones. Then-Governor Bayh made the scholarship a top legislative priority in 1990 and then-State Representative Jones authored the bill that established the 21st Century Scholars program. Both Bayh and Jones were honored for their founding roles in the program.

View a complete list of the 25 Distinguished Scholar Alumni and the 10 Champion Partners recognized at the 25th Anniversary awards ceremony.

Students apply for the 21st Century Scholars program in Grade 7 or 8 and take a pledge to avoid drugs, alcohol, and criminal activity and to maintain a GPA of at least 2.5. Most recently, the Commission introduced the Scholar Success Program—a list of required activities Scholars must complete in each year of high school to prepare for college and maintain their scholarship eligibility.