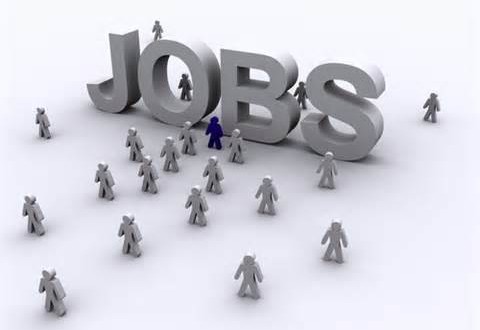 INDIANAPOLIS (Jan. 25, 2016) – Renaissance Electronic Services, the second-largest provider of dental claims in the country, announced plans today to create up to 151 new jobs by 2019.

The company will invest $14.9 million to expand its operations across Indianapolis, investing in its five existing facilities, including three data centers, and adding a sixth facility at 2115 E. Southport Road on the city’s Southside. Renaissance will lease and equip more than half of the 66,000-square-foot former Gerdt Furniture store. With renovations currently underway, the company expects to move its growing application development team into the space in April and plans for it to be fully operational by the end of 2016.

“Last year was a record-breaking year for economic development in Indiana, with more Hoosiers going to work now than at any time in our state’s 200-year history,” said Governor Mike Pence. “Since day one of this administration, we made job creation job one by working to build a pro-growth business climate. Today, Indiana’s economy is attracting new investment while supporting job creation at homegrown Hoosier companies like Renaissance because we are a state that works for business.”

Renaissance, which currently employs 151 full-time associates in Indiana, plans to develop and launch electronic payment processing services by 2019. The company anticipates doubling its current workforce to accommodate this new service, with a majority of new jobs specializing in software development and programming. Average salaries of new positions will be above the state’s average wage. Interested applicants can learn more and apply online.

“I appreciate the support of the community and its officials for our expansion,” said Erick Paul, president of Renaissance. “Renaissance is a homegrown Hoosier company that’s proud to be growing and creating employment opportunities in our community. Dental offices nationwide choose our company for their claim services because of the innovation and dedication of our employees, and we look forward to continuing to grow that team and the economy in Central Indiana.”

The Indiana Economic Development Corporation offered Renaissance Electronic Services up to $300,000 in conditional tax credits based on the company’s job creation plans. These tax credits are performance-based, meaning until Hoosiers are hired, the company is not eligible to claim incentives. The city of Indianapolis supports the project at the request of Develop Indy, a business unit of the Indy Chamber.

“We are pleased to welcome the expansion of Renaissance Electronic Services,” said Angela Smith Jones, Indianapolis deputy mayor for economic development. “Our city has long been the economic driving force for all of Indiana and I look forward to the opportunity to work together for continued investment and growth.”

Renaissance was founded in Martinsville, Indiana, in 2002 to provide integrated solutions for the dental industry, enabling dental offices and insurance companies to reduce administrative costs and keep services affordable. The company is now the second-largest provider of dental claims in the United States, processing more than 65 million transactions each year. The company serves more than 28,000 dentists across the country and processes approximately 35 percent of all electronic dental claims nationally.

I play on the radio from 7 am -1 pm weekdays on 98.9 FM WYRZ and WYRZ.org. Follow me on twitter @WYRZBrianScott or e-mail me at brian@wyrz.org.
Previous IMPD homicide detectives are investigating a shooting that has killed one man and injured another in the 3500 block of Commercial Drive
Next Indy Metro Selected to Develop Regional Plan to Attract Foreign Direct Investment, Integrate Export Strategy as Part of the Global Cities Initiative