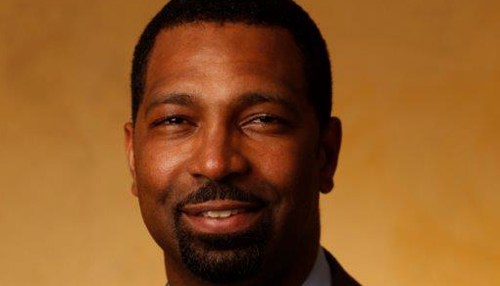 INDIANAPOLIS – Governor Eric J. Holcomb today announced that Fred Payne will be Indiana’s next commissioner at the Department of Workforce Development (DWD). Payne is currently the chief administrator for Honda Manufacturing of Indiana, LLC (HMIN) with extensive professional expertise in employment and labor law.

“Fred is the right pick to take our state’s workforce development agency to the next level—at a time when building and securing talent has never been more critical to our state’s enduring economic success,” Gov. Holcomb said. “His corporate experience at Honda has given him a clear perspective of employer workforce demands. Further, he has experience driving change and eliciting results in a large organization, which will be a big advantage working with an agency the size and scope of the DWD.”

As chief administrator for HMIN, Payne has led the company’s business division, overseeing corporate affairs, information services and administrative functions—along with serving as company secretary and compliance officer. Payne joined HMIN in 2008 as an attorney focusing on employment and labor issues and in 2011 became general counsel, secretary, and corporate affairs and administration manager. Prior to working for HMIN, Payne was managing attorney for the Indiana office of Wessels and Pautsch, P.C.

“I am up to the challenge of leading a department that plays a vital role in our state’s future success,” said Payne. “I look forward to working with Gov. Holcomb and Secretary Milo to continue to build upon our workforce system to better meet the needs of Indiana employers and job seekers by helping match qualified Hoosiers with the high-demand jobs available today.”

Payne is admitted to the 7th and 9th Circuits of the U.S. Court of Appeals and the U.S. District Courts for northern and southern districts of Indiana, northern and central districts of Illinois, and the western district of Wisconsin. Payne is a graduate of Maurer School of Law at Indiana University Bloomington and holds a master’s degree from the University of Northern Iowa and bachelor’s degree from Grambling State University.

I play on the radio from 7 am -1 pm weekdays on 98.9 FM WYRZ and WYRZ.org. Follow me on twitter @WYRZBrianScott or e-mail me at brian@wyrz.org.
Previous Donnelly Participates in Tax Reform Meeting with Top Trump Administration Officials
Next Governor Holcomb Proclaims November as Native American Indian Month in Indiana