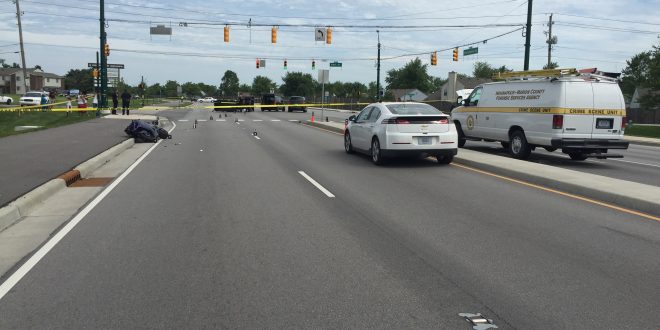 INDIANAPOLIS –  Indianapolis Metropolitan Police Department (IMPD) Hit-and-Run detectives are investigating the accident that resulted in an unidentified motorcyclist being killed.

Just before 10:00 a.m., officers with the Indianapolis Metropolitan Police Department were sent to the intersection of 5900 Georgetown Road reference an accident involving a motorcyclist. When officers arrived, they found an unidentified motorcyclist down on the roadway’s pavement and unresponsive. EMS crews arrived and determined that the motorcyclist was deceased at the scene. 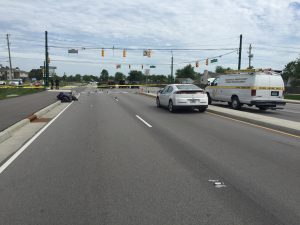 IMPD reminds drivers of Indiana State Law the requires a driver if involved in an accident, you must stop your vehicle. Even if there are no injuries, you are required to stop and speak with the other driver, give them your license and registration information and wait for law enforcement if necessary. If there are injuries involved, you must remain on the scene and provide reasonable assistance to the injured until help arrives. Failing to stop and comply with your legally required duties can result in criminal charges. See Indiana statue 9-21-1-1.1

I play on the radio from 7 am -1 pm weekdays on 98.9 FM WYRZ and WYRZ.org. Follow me on twitter @WYRZBrianScott or e-mail me at brian@wyrz.org.
Previous IMPD Homicide detectives investigating after an adult male shot to death on Indianapolis’ near northside
Next Detectives arrest man for first murder of 2016