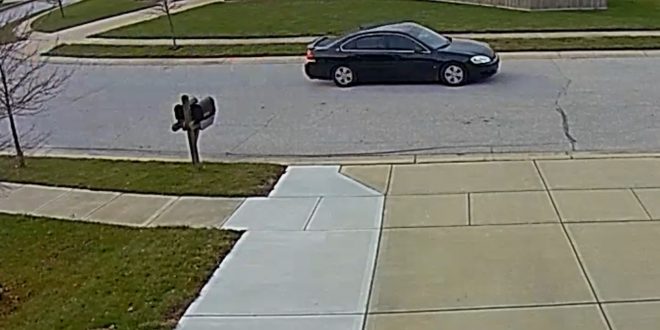 The Hendricks County Sheriff’s Department is searching for suspects involved in the shooting of a Brownsburg area teen Tuesday afternoon.

Sheriff’s Deputies were dispatched to the 10200 block of Haag Rd. shortly after 3:00 pm Tuesday on a report of a person shot. A preliminary investigation at that location indicates that two people were in a red Jeep parked along the north side of Haag Rd. when another vehicle described as a black four door passenger car, possibly a Chevrolet Impala, approached the vehicle and stopped next to them.  At least two suspects in the black passenger car opened fire on the subjects in the red Jeep with an unknown type of gun.  One person inside the red Jeep was struck by the bullets and was taken to an Indianapolis hospital for his injuries.  That victim is a 17-year-old male who later died from his injuries.  The other subject, in the red Jeep, was reportedly not injured. The suspects fled the scene immediately after the attack in the black passenger car. Neither the victim nor the other subject in the Jeep have been identified.

One nearby house was reportedly struck by bullets, but there were no injuries reported at that residence.

If anyone has any information regarding this attack, they can contact the Hendricks County dispatch center at 317-839-8700 or dial 911.

I play on the radio from 7 am -1 pm weekdays on 98.9 FM WYRZ and WYRZ.org. Follow me on twitter @WYRZBrianScott or e-mail me at brian@wyrz.org.
Previous Pacers find road bumps, successes to new offensive focus
Next Despite COVID-19 Challenges, St. Malachy Campaign for New Playground Progresses