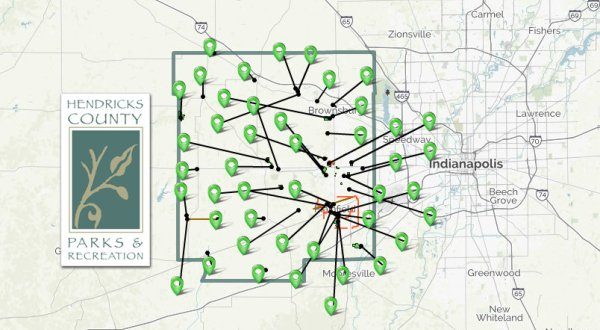 The Hendricks County Park Board met on January 3 and elected its officers for 2018. Paul Miner, Matt Freije, and Bill Harrington were all reelected to the same positions that they held in 2017.

Miner was elected to his second consecutive term as Park Board president. He is a charter member of the Park Board and has served continuously since the board’s inception in 2000. Miner serves on the board as a representative of the Hendricks County Soil and Water Conservation District.

Harrington is also a charter member of the Park Board and served as its first president from 2000 to 2003. After a 14-year break, Harrington was again appointed to the board by the Hendricks County Council in September after Niemeyer’s retirement. He immediately stepped in to the role of secretary after Freije became vice president, and Harrington was reelected as secretary for 2018.

The other members of the Hendricks County Park Board are Gary Emsweller, Mike Hayden, Doug Moon, and Beth Switzer. Like Miner, Emsweller is a charter member of the board and has served continuously since 2000.

Also at the January 3 meeting, the Park Board cancelled its scheduled meeting on Feb. 7 due to a scheduled workshop two days later. Their next meeting will be held on March 7.

The Park Board meets monthly at the Hendricks County Parks & Recreation main office located at 955 E. Main Street in Danville. They generally meet on the first Wednesday of each month at 2 p.m., except for the cancelled February meeting and the meeting in July. The board will meet on July 11 to avoid Independence Day.

All Park Board meetings are open to the public and include a portion for public input.

Information about the Hendricks County Park Board, including meeting agendas and minutes, can be found at www.HendricksCountyParks.org.

I play on the radio from 7 am -1 pm weekdays on 98.9 FM WYRZ and WYRZ.org. Follow me on twitter @WYRZBrianScott or e-mail me at brian@wyrz.org.
Previous Brownsburg police investigating Sunday death of 74 year old woman
Next Donnelly, Young, Hollingsworth Tour Crane with Gen. David Goldfein, Air Force Chief of Staff