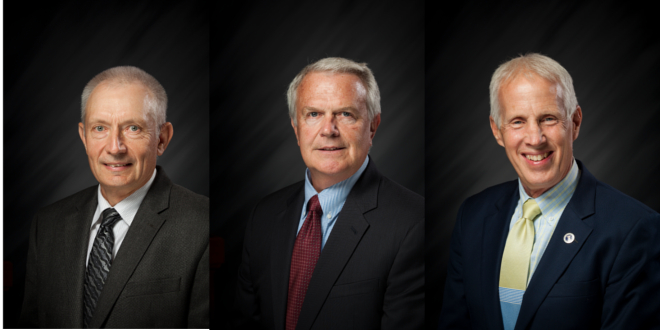 STATEHOUSE (June 24, 2022) –Hendricks County legislators said they plan to support further protections for the unborn and expanded resources for pregnant women in the wake of the U.S. Supreme Court overturning Roe v. Wade on Friday.

State Rep. Bob Behning (R-Indianapolis) said the nation’s highest court rightfully returned the question of abortion back to the states by overturning Roe.

“Indiana has a strong record of supporting and protecting the unborn,” Behning said. “This decision by the nation’s highest court gives us the tremendous opportunity to further strengthen our pro-life laws, and provide more resources for mothers and their babies.”

State Rep. Greg Steuerwald (R-Avon) said Indiana lawmakers are expected to take action to further protect life when they return to the Statehouse for a special session. Gov. Eric Holcomb recently announced his call for lawmakers to reconvene on July 6 and provide $1 billion in inflation relief to Hoosier taxpayers due to higher-than-expected revenue collections.

“I look forward to joining my colleagues back at the Statehouse for a special session,” Steuerwald said. “We have a responsibility to protect the lives of the unborn and their mothers, and our goal is to do just that.”
In March, area lawmakers signed onto a letter urging Gov. Eric Holcomb to call a special session should the Supreme Court overturn Roe v. Wade. Click here to view and download the letter.

“Defending the sanctity of life is a critical responsibility of the state legislature,” said State Rep. Jeff Thompson (R-Lizton). “Now is the time to return to the Statehouse and provide protections for the unborn, and strengthen our support for expectant and new moms.”

Further details of the special session have not yet been announced and legislation has not been released. However, the General Assembly is expected to vet any legislation regarding abortion through the full legislative process, including hosting committee hearings and public testimony. Updates will be posted to the Indiana General Assembly’s website at iga.in.gov.

I play on the radio from 7 am -1 pm weekdays on 98.9 FM WYRZ and WYRZ.org. Follow me on twitter @WYRZBrianScott or e-mail me at brian@wyrz.org.
Previous Hendricks County lawmakers: New scholarship accounts empower parents, children with disabilities
Next Hendricks County Sheriff’s Detectives Arrest Jamestown Man and Former Avon Scout Troop Leader for Child Molestation