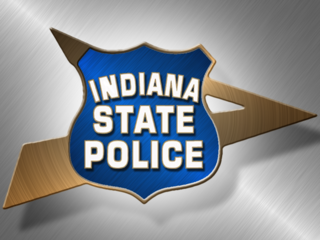 Hendricks Co. Brothers Cited for Excessive Speed, One Says He Will Tell Mom on the Other

On Friday afternoon April 14 around 4:01, Master Trooper Don Farris was patrolling Interstate 74 near Pittsboro when he noticed a gray vehicle traveling on Frontage Road next to the interstate at a high rate of speed (estimated at approximately 100mph). The same vehicle then entered onto eastbound I-74 and continued east at a high rate of speed. The 2009 Volkswagen increased in speed and began weaving in and out of the traffic lanes. M/Trooper Farris was able to clock the speed of the vehicle at 120 miles-per-hour, while it continued to maneuver in and out of the traffic lanes. The Volkswagen was stopped and the 17-year-old male driver was cited into Hendricks County Superior Court for Reckless Driving. The teenager was reportedly late for work at a local restaurant.

On Wednesday afternoon April 19 at around 4:00, Indiana State Police Master Trooper Don Farris was patrolling Interstate 74 near Pittsboro and noticed a different gray vehicle in the driving lane fast approaching his unmarked patrol vehicle from the rear. The 2012 Honda quickly passed by M/Trooper Farris on the right and then suddenly changed lanes directly in front of the ISP vehicle. The vehicle was clocked at 95 miles-per-hour. The vehicle was stopped and during a routine check of the driver’s license, M/Trooper Farris noticed the last name and address was the same as the April 14 traffic stop. Further inquiry revealed this driver was the 26-year-old brother. He was cited into Brownsburg Court for 95mph in a 70mph zone and Unsafe Lane Movement. The man was reportedly just going to get food in Brownsburg. When asked how his brother was doing, the man wanted to know how Farris knew his brother. Farris informed him of the earlier stop for 120mph and the older brother stated he knew nothing about his younger brother being stopped for 120mph, but would be sure to tell Mom!

Farris also cited two other drivers on April 14th near the same location for 97mph and 95mph.

Motorists are reminded of the dangers of excessive speed and erratic driving coupled with impatience. Indiana State Police will continue to vigorously patrol for those drivers who are a danger to others, as well as themselves, and the ISP will have zero tolerance for such behavior.

Previous *UPDATE* Other Vehicle & Driver Located in I-70 Double Fatal Investigation
Next Why Use Seat belts? Because They Save Lives!