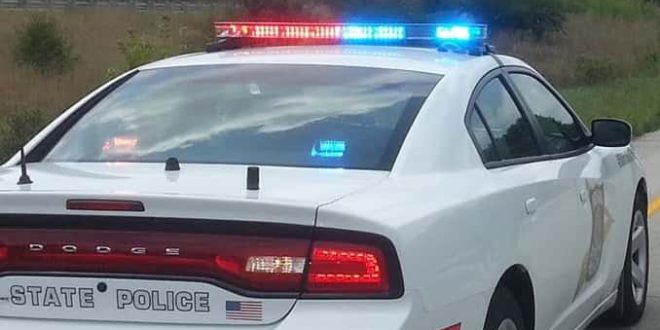 At approximately 10:30 a.m., Trooper Colton Maynor was attempting to locate a William R. Blackwell, age 40, of Greencastle, Indiana, who was wanted on multiple criminal charges on an active warrant out of Lawrence County.  Trooper Maynor located a vehicle that Blackwell was known to operate in an apartment complex in Greencastle.  Trooper Maynor, along with other law enforcement officers, received information that Blackwell was located in one of the apartments. The information was confirmed, and Blackwell was located within an apartment and taken into custody without incident.

Blackwell was transported to the Putnam County Jail where he is awaiting extradition back to Lawrence County.

I play on the radio from 7 am -1 pm weekdays on 98.9 FM WYRZ and WYRZ.org. Follow me on twitter @WYRZBrianScott or e-mail me at brian@wyrz.org.
Previous Indiana’s CollegeChoice 529 Savings Plans Top Rated for Performance
Next Bridgework to close Allisonville Road at I-465 next week