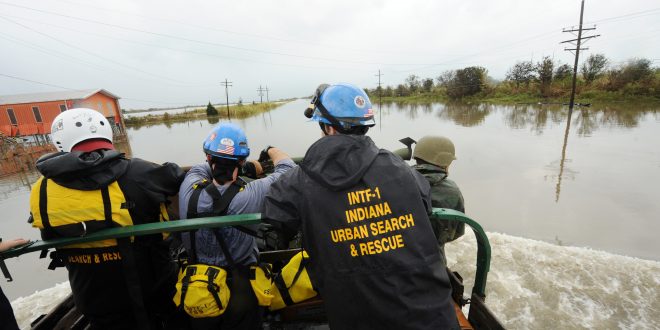 “Commitment to service for the well-being of others is a part of the Hoosier way of life,” said Governor Pence. “I commend these public safety professionals for their courage and willingness to help those in harm’s way, and I pray for the safety of all those who could be affected by the hurricane.”

The National Weather Service reports Hurricane Matthew is a Category 4 storm and is expected to make landfall late Thursday/early Friday morning in the U.S.

The EOC team is being deployed because IDHS received a request for assistance from Florida and quickly facilitated the inter-government logistics required to make the EOC team available on short notice. The Indiana EOC team will provide support with operations, planning, logistics and incident command. The team will be deployed for 14 days, or until demobilized.Indiana Task Force 1 will send four hazardous materials specialists as well as three incident support team members.

I play on the radio from 7 am -1 pm weekdays on 98.9 FM WYRZ and WYRZ.org. Follow me on twitter @WYRZBrianScott or e-mail me at brian@wyrz.org.
Previous MFG Day Events Seek to Inspire Next Generation of Hoosier Manufacturers
Next Indiana State Police Commercial Vehicle Enforcement Division Participates in Tri-state Hazardous Materials Enforcement Project