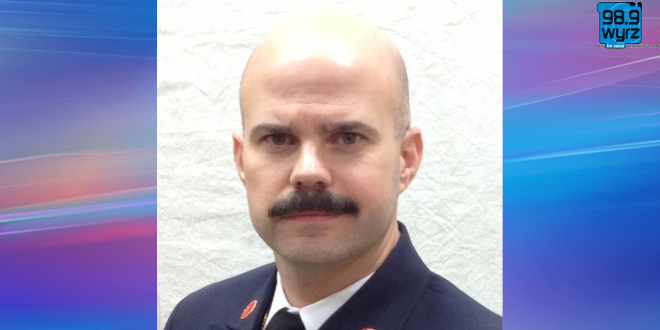 “Chief Thacker has risen through the ranks to bring 28 years of fire and emergency response experience to the position of Indiana fire marshal,” Gov. Holcomb said. “In his new role, he will continue to grow relationships with our state’s first responders and increase public safety for all Hoosiers.”

Thacker began his career as a first responder in 1992 as an EMT and volunteer firefighter in central Indiana. Five years later, he became a career firefighter serving in Brownsburg and then Johnson County’s White River Township. Thacker served in Brownsburg as assistant chief before moving to Plainfield in 2015 to become division chief of fire prevention and administration. He was sworn in as Plainfield fire chief in 2017.

Thacker earned a bachelor’s degree in business administration from Indiana Wesleyan University and a master’s degree in criminal justice and public safety from IUPUI.

Gov. Holcomb appointed former state fire marshal Stephen Cox as the executive director of the Indiana Department of Homeland Security in January. The fire marshal leads the Indiana Department of Homeland Security Division of Fire and Building Safety. The division investigates suspicious fires, promotes fire prevention and enforces fire and building safety codes in all public buildings, among other duties.

Thacker will begin his new position on April 6.

I play on the radio from 7 am -1 pm weekdays on 98.9 FM WYRZ and WYRZ.org. Follow me on twitter @WYRZBrianScott or e-mail me at brian@wyrz.org.
Previous Multi-Vehicle Crash Shuts Down I-65 Near Remington
Next Reps. Banks and Rose Introduce Bill to Fix Loophole in GI Bill Benefits