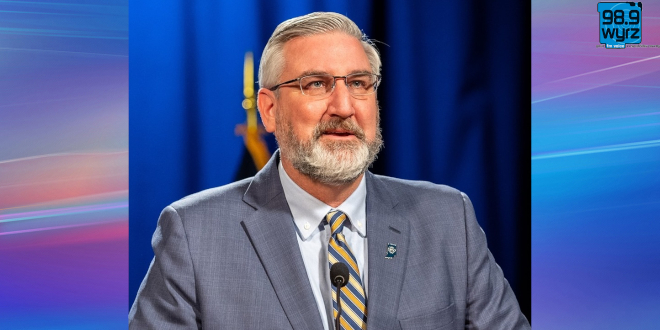 The archives building will be constructed in downtown Indianapolis, adjacent to the Senate Avenue Parking Garage on the canal. The current home of the Indiana School for the Blind and Visually Impaired will become the home for both schools.

“These are two projects that play crucial roles in our state’s future,” said Gov. Holcomb. “The location of the archives building will bring further opportunities to showcase our state’s history and provide new partnership opportunities with the Indiana State Museum, Indiana State Library, Indiana War Memorials and other entities all in the same area.”

The state owns the archives site which will offer easy access for visitors, staff and other government entities. The new building will be approximately 59,000 square feet and will provide proper storage, maintenance and restoration capabilities for archival documents. The General Assembly appropriated $35 million toward building a new facility.

The Indiana Department of Administration will move forward with a feasibility study to determine the future of the former Indiana Department of Correction Indianapolis Re-Entry Facility (IREF), located at New York and Randolph Streets on Indianapolis’ near east side, which also was considered as a site for the archives facility. The first step will be to demolish a number of buildings on the site.

“The modernization of both schools are long overdue. This new campus will have facilities that promote safer and positive learning experiences for future ISD and ISBVI students,” said Holcomb. “I couldn’t be more excited about what will become a signature, state-of-the-art campus.”

After an extensive search for potential new locations for the combined campus, a feasibility study of the two existing campuses was conducted, leading to the decision to use the current ISBVI site. The site can support each school independently yet allow for sharing of resources while maintaining their unique identity. ISBVI is located on 67 acres near North College Ave. and East 75th St. Current facilities will be renovated, and new buildings added with dedicated programming for each entity. $225 million was appropriated for this project.

The projects were authorized in the biennium budget passed by the General Assembly during the 2021 legislative session.

I play on the radio from 7 am -1 pm weekdays on 98.9 FM WYRZ and WYRZ.org. Follow me on twitter @WYRZBrianScott or e-mail me at brian@wyrz.org.
Previous IMPD Homicide Detectives Make Arrest in Murder/Robbery Investigation
Next Indiana Department of Education Commends the Passage of Legislation Promoting Early Childhood Education