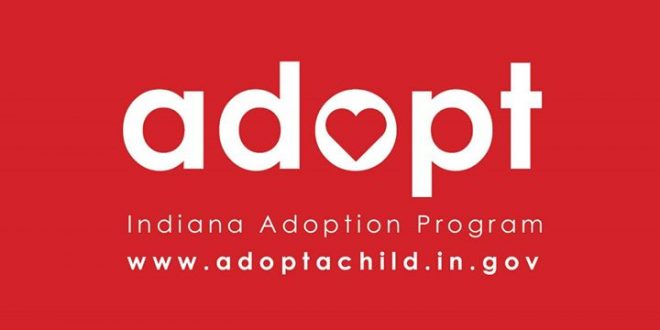 INDIANAPOLIS – Governor Eric J. Holcomb and U.S. Administration of Children and Families Assistant Secretary Lynn Johnson today announced Indiana is the top state in the nation for increasing the number of children adopted from foster care.

“Every child deserves to have people who will love and support them forever, so we’ve set out to ensure each is a part of a permanent, loving family,” Gov. Holcomb said. “With more than a thousand kids in Indiana who are still waiting to be adopted, we appreciate our federal partners’ continued support as we pursue forever homes for each and every one.”

Gov. Holcomb made increasing adoptions a priority of his Next Level Agenda. In fiscal year 2019, 2,489 of Hoosier children were adopted through the Indiana Department of Child Services (DCS).

Johnson awarded Indiana an adoption and legal guardianship incentive award of more than $4.7 million during a ceremony at the Indiana Statehouse. The funding can be used to enhance the state’s child welfare system.

“The Trump Administration is awarding this adoption and legal guardianship incentive award because leaders in the state have worked hard to find more permanent homes for children in need,” said Johnson. “We thank Gov. Holcomb and the state of Indiana for focusing on adoptions, helping to build a culture of life in America.”

Earlier this year during his State of the State address, Gov. Holcomb announced the creation of the first adoption unit within DCS. The unit brings additional staff into each region whose sole focus is to assist family case managers with finding permanent homes for children when parental rights have been terminated.

Additionally, DCS has more than doubled the number of adoption consultants in Indiana from seven to 19 and provided specialized training. The agency also launched an enhanced database for better tracking of adoption inquiries and a digital picture book of Indiana’s Waiting Children.

DCS is currently in the process of rolling out statewide the Adoption Rapid Permanency Review, which is designed to bring permanency to children and promote systemic change within the child welfare system by identifying barriers and implementing strategies to remove them.

I play on the radio from 7 am -1 pm weekdays on 98.9 FM WYRZ and WYRZ.org. Follow me on twitter @WYRZBrianScott or e-mail me at brian@wyrz.org.
Previous Behning: Pre-K spots open for eligible 4-year-olds
Next Roadway safety encouraged during harvest season