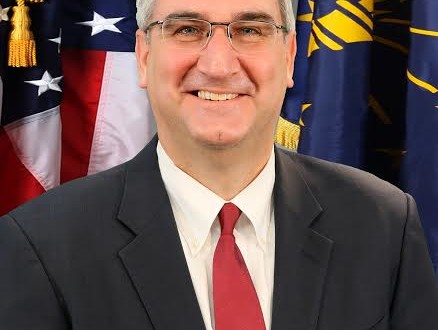 The Governor’s Fellowship is a highly selective, year-long program for talented young men and women who have an interest in serving in state government.  Fellows are full-time paid employees who participate in various state agencies on a rotating basis over the course of a year and learn firsthand how polices are made and implemented.

Christopher Anderson graduated from Marian University in 2017 with a bachelor of science degree in biology and minors in pastoral leadership and Spanish. He interned for Ethics Integration and was the founder and president of Students for Sustainable Stewardship at Marian University. Christopher received the Student Government Association Leadership Award as well as the Senior Biology Recognition of Excellence Award.

James Suess graduated from Wabash College in 2017 with a bachelor’s degree in rhetoric and a minor in religion.  As an undergraduate he was a class facilitator and held a number of leadership positions within the Beta Theta Pi Fraternity.  He co-hosted a radio talk show and serves as a volunteer and advisor for the nationally-ranked We The People team at Cathedral High School.

Olivia Walker graduated from Indiana State University in 2017 with a degree in political science and a minor in legal studies.  She has worked as an intern in the Terre Haute City Clerk’s Office, Eric Holcomb for Indiana, and Cogswell & Associates.  She was an active college student as a residential assistant for the political science living community and a supplemental instructor for a Leadership, Ethics, & Democracy class. Olivia also served as the marketing manager for the Sycamore Yearbook at Indiana State University.