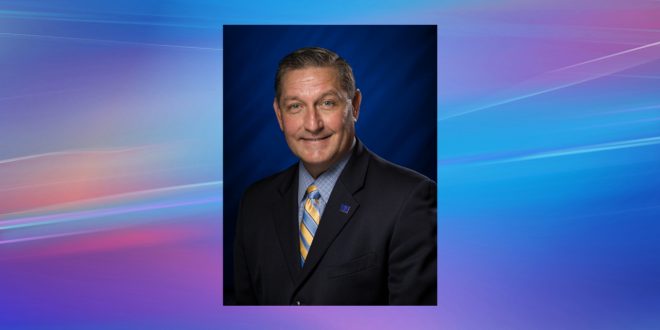 “I am truly humbled by the vote of support shown today by my fellow House Democrats, and I pledge to use this post to encourage a lively debate on the issues that we feel are of greatest concern to the people who live and work in Indiana,” Goodin said. “We want all Hoosiers to feel like they have a voice and will be heard in the halls of state government.

“To my colleagues on the other side of the aisle, I want you to know that we will work with you when the cause is right, and respectfully disagree with you when we feel there is room for improvement in what you are proposing,” he continued. “There is a place to get along, even when we have different points of view.”

Goodin was first elected to the Indiana House of Representatives in 2000. He represents the citizens of Indiana House District 66 in Southern Indiana.

“We will use a healthy dialogue with the people of Indiana to form the basis for the proposals we will be advancing during the 2018 session of the General Assembly and beyond,” Goodin said. “We look forward to the challenges to come with great excitement and expectation.”

When not engaged in his legislative responsibilities, Goodin serves as superintendent of Crothersville Community Schools and raises beef cattle on the family farm. Terry and his wife Darcie have three children: a daughter, Grace; and two sons, Berley and Brown.

Terry is a graduate of Austin High School, earned his Bachelor of Arts and Master of Arts degrees from Eastern Kentucky University, and received his Doctor of Education degree from Indiana University.

I play on the radio from 7 am -1 pm weekdays on 98.9 FM WYRZ and WYRZ.org. Follow me on twitter @WYRZBrianScott or e-mail me at brian@wyrz.org.
Previous Donnelly’s Jacob Sexton Military Suicide Prevention Act Has Been Implemented by the Indiana National Guard
Next Superintendent McCormick Releases 2018 Strategic Policy Priorities