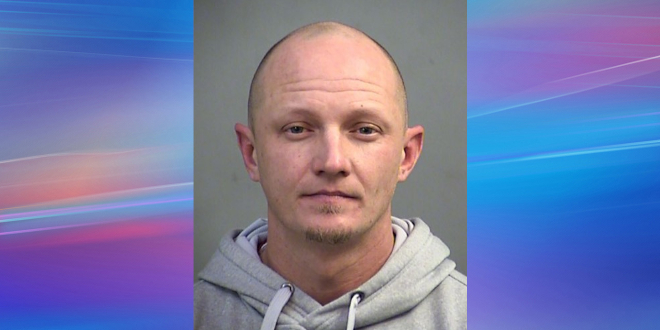 Franklin Man Arrested for Criminal Confinement and Neglect of a Dependent

Indianapolis, IN – An investigation that began in in mid-January has led to the arrest of a Franklin man on the charges of Criminal Confinement and Neglect of a Dependent, both level 6 Felonies. On January 9, 2020, a staff member at Franklin High School was made aware of a situation that occurred off school property involving a 15 year old student. That staff member immediately reported the information to the Department of Child Services who subsequently started an investigation into the matter. DCS contacted the Franklin Police Department who then turned the case over to the Indiana State Police when it was determined the alleged crime occurred in Marion County.

According to state police detectives, 37 year old Timothy Hayes Jr. who at the time was a reserve police officer for the Southport Police Department, allegedly utilized his position as a police officer for an attempted scare tactic for his 15 year old son. Hayes Jr. allegedly left his son handcuffed and unattended in an intake holding area at the Southport Police Department for more than thirty minutes. Hayes Jr. then drove his son, who was still handcuffed, to the Adult Processing Center for the Marion County Jail and parked in an area designated for police vehicles, however neither Hayes Jr. nor his son exited the vehicle. Hayes Jr. then drove back to his home in Franklin.

The Southport Police Department has been fully cooperative with this investigation. The Police Chief has placed Hayes Jr. on administrative leave pending the outcome of an internal investigation.

All crimes mentioned are alleged and all suspects named are considered innocent until and unless proven guilty in the court of law.

I play on the radio from 7 am -1 pm weekdays on 98.9 FM WYRZ and WYRZ.org. Follow me on twitter @WYRZBrianScott or e-mail me at brian@wyrz.org.
Previous FFA students gathered to serve the General Assembly
Next Visit Indiana’s The 20 IN 20; Major Sporting Events Coming to Indiana