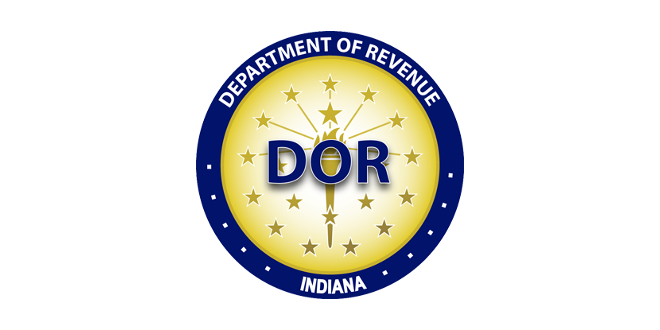 INDIANAPOLIS – Over the past year, the Indiana Department of Revenue (DOR) has not shied away from new initiatives to improve the agency. At the recent 2019 Federation of Tax Administrators (FTA) national conference held in Indianapolis, DOR was recognized with an award for the innovation and success of two such initiatives: the customer feedback portal and the #DORGivesBack volunteer service program.

FTA judges were particularly impressed with DOR’s willingness to take on a challenge with programs that have public-facing components, noting, “They were brave to take this on. Who doesn’t want a kinder, gentler tax agency? But they aren’t afraid to get the feedback. More agencies should do it, although there is always the fear of irrational public backlash when a tax agency tries to do something good and lets the public know about it.”

The FTA awards are presented to state revenue agencies from across the country for various programs or initiatives they have implemented. Four states in addition to Indiana received awards for programs including security awareness training (South Carolina) and re-engineering the collections process (Wisconsin).

The online customer feedback portal was launched in October 2018 to allow customers the ability to reach out to DOR directly to share observations and provide feedback, including constructive criticism and positive reinforcement. To date, there have been nearly 300 submissions to the portal, all of which, have been reviewed by the DOR team. The customer feedback portal can be accessed on DOR’s website at www.dor.in.gov by clicking on the feedback button.

The #DORGivesBack program is an agency-wide volunteer initiative encouraging DOR employees to engage in volunteerism at the workplace while boosting morale amongst teams. Since 2018, nearly 325 DOR employees have given back their time to Indiana with approximately 1,200 hours of volunteer service.

DOR launched both programs to improve agency culture and create an environment of continuous improvement.

For more information on FTA awards, visit their website at www.taxadmin.org/fta-awards.

I play on the radio from 7 am -1 pm weekdays on 98.9 FM WYRZ and WYRZ.org. Follow me on twitter @WYRZBrianScott or e-mail me at brian@wyrz.org.
Previous Gov. Holcomb Details Next Round of Community Crossings Grant Program
Next No Brownsburg Farmers Market on July 4th; Kids Business Day at the Market on July 11th