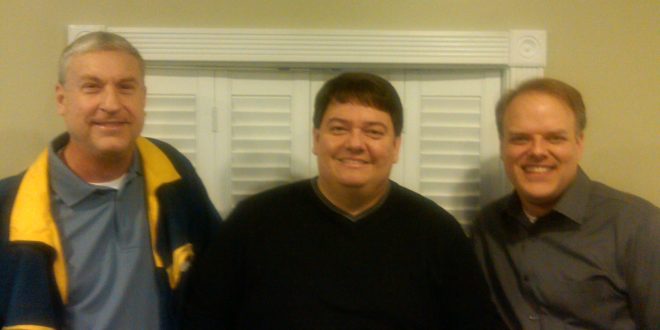 Jenkins personally told WYRZ station manager Shane Ray on November 29th that he wasn’t feeling well but quickly eliminated COVID-19 as his illness after testing negative. On December 27th he sent Ray a message saying he believed he had a stroke on Christmas night.  In the interview with Boles, Jenkins says an MRI showed that there were two malignant tumors in his right temple. Jenkins says he is remaining optimistic about the prognosis.

As he told Boles in the interview, “I had colon cancer in 1983 and I survived that. And with God’s help and my beloved race fans, I’m gonna make it.”

Jenkins went on to say that he doesn’t plan to completely retire and plans to do some work on the public address this year at the Indianapolis 500 to some degree.

WYRZ will continue to air previously heard episodes of his Flashback Party show each Sunday at 4:00 p.m. until Jenkins can return to the microphone with new episodes.

I play on the radio from 7 am -1 pm weekdays on 98.9 FM WYRZ and WYRZ.org. Follow me on twitter @WYRZBrianScott or e-mail me at brian@wyrz.org.
Previous Brownsburg’s Ally Becki in the Running for Final Spot at the American Family Insurance High School Slam Dunk and 3-Point Championships
Next Celigo Establishing Indiana Operations, 150 New Hoosier Jobs