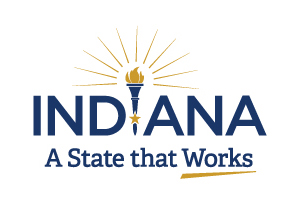 INDIANAPOLIS (May 22, 2017) – 3rd Dimension, a contract manufacturer specializing in metal additive manufacturing for highly complex parts, announced plans to expand its operations in central Indiana, creating up to 45 new high-wage jobs by 2022.

“Innovation is the currency for Indiana’s future,” said Elaine Bedel, president of the Indiana Economic Development Corporation. “The world today is developing new technologies faster than ever before, and companies like 3rd Dimension are showcasing how Hoosiers can use our manufacturing expertise to become national leaders in putting technology into practice. From motorsports to manufacturing and beyond, innovation will continue to be a major driver of Indiana’s future economic growth.”

The company, which develops and produces prototypes and end-use products, uses a new manufacturing process called additive manufacturing or 3D printing, adding layer-upon-layer of material to produce three-dimensional objects. With growing interest in the unique manufacturing method, 3rd Dimension is quickly gaining clients interested in learning how to improve production with the new technology, including companies like Cummins and Rolls-Royce, as well as Purdue University.

To support its growing roster of clients, 3rd Dimension will invest at least $804,200 to purchase new machines and bring its operations under one roof in central Indiana. The company currently operates in two facilities on Indianapolis’ northwest side, together occupying 5,800 square feet. With its growth, the company plans to improve efficiency and gain additional production capacity.

3rd Dimension is led by Bob Markley, a former engineer for multiple IndyCar race teams who started his career while still a student at Purdue University. Markley went on to work for an Indianapolis automotive supplier before writing his business plan for 3rd Dimension through the Butler University MBA program and launching what is the only metal additive manufacturing business in central Indiana.

“Starting a new business in a new field is always a challenge, but as a former IndyCar engineer and strategist, I have learned to adjust to the situation which is presented,” said Markley. “In fact, over half of our current team are recovering racers. Their backgrounds and willingness to push the boundaries of what is possible has really separated our capabilities and knowledge from everyone else out there. As we do have very unique capabilities, we are seeing accelerating growth and can count seven companies in the Fortune 500 top 50 as clients with more to come.”

After launching the company as a one-person operation in 2013, Markley has hired eight Hoosiers at 3rd Dimension, who are now running four 3D printers and six traditional CNC machines. The company plans to hire for engineering, machinist, sales and production positions throughout the year, with new jobs routinely posted across the company’s social media sites, including its LinkedIn page. These positions are expected to pay an average wage more than 60 percent higher than the state average wage.

With its growing team, 3rd Dimension is working on several production and research and development projects that have a focus on innovative manufacturing processing. This includes a project for Cummins to recreate critical parts to run the 1952 Indianapolis 500 pole-winning racecar, as well as a project for Rolls-Royce to develop a method for sharing 3D manufacturing models between supply chain companies working on specific parts.

The Indiana Economic Development Corporation (IEDC) offered 3rd Dimension LLC up to $525,000 in conditional tax credits and up to $51,750 in training grants based on the company’s job creation plans. The company also received assistance from the IEDC’s Procurement Technical Assistance Center (PTAC), which included guidance on applying for federal research and development grants for small businesses.

“Indiana has an incredible ecosystem for manufacturing,” said Markley. “We have been able to utilize many of the resources and programs offered by the state including the IEDC, the Purdue Manufacturing Extension Partnership, PTAC and other various private groups such as KSM Location Advisors. For example, the Indiana Aerospace and Defense Council along with PTAC provided us the introduction to a client that could change the way we are making high value aerospace parts in this state. Not only that, but it would bring the manufacturing back to Indiana from out of state. Indiana’s core is manufacturing, and that is not going away so that is just one more reason to stay a step ahead.”

As the home of the highest concentration of manufacturing jobs in the nation, Indiana is a national leader in advanced manufacturing. Indiana plans to accelerate its economic momentum across the state by making $1 billion available over the next 10 years to help Indiana grow as the national capital of innovation and entrepreneurship, including support for advancing new innovations in manufacturing.