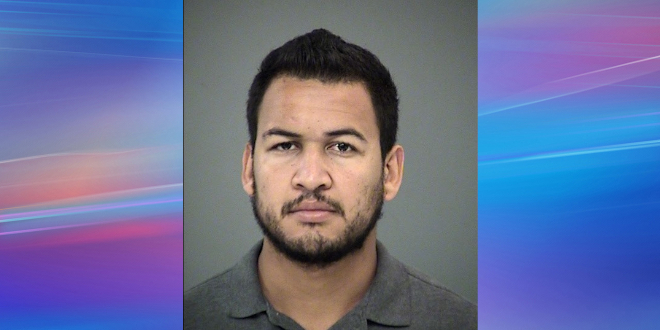 Indianapolis, IN – Saturday evening, September 21st, 2019 at 7:23, emergency crews responded to I-70 westbound at the 92.6 mile marker for reports of a serious two-vehicle crash. Upon arrival a male victim was found unresponsive and was later pronounced deceased at the scene. Due to the circumstances known at the time, and the severity of damage to both vehicles, the fatal injuries were believed to be caused by the collision. The victim was identified as 27 year old Devon Anderson of Indianapolis. The driver of the other vehicle was transported to the hospital with non-life threatening injuries, he was identified as 24 year old Juan Garrado Vivas of Indianapolis.

Monday September 23rd Indiana State Police Detectives were notified by the Marion County Coroner’s Office about the cause of death. Further examination by the coroner’s office revealed a possible projectile inside Anderson’s head consistent with a bullet. Tuesday September 24th an autopsy was performed and a bullet was found inside the head of the victim. The cause of death was determined to be a gunshot to the head.

Indiana State Police Detectives immediately began a criminal investigation and were led to Juan Garrado Vivas as a person of interest. In the early morning hours of September 25th Juan Garrado Vivas was arrested by detectives on the preliminary charge of murder.

While driving on the interstate Vivas allegedly fired a shot from a handgun into the vehicle driven by Anderson, striking Anderson in the head. The silver Dodge Caravan driven by Anderson then crossed into the path of the black Ford Ranger driven by Vivas. The two vehicles collided and both became disabled to due damage. Anderson was not wearing a seatbelt.

This investigation is ongoing.

All criminal acts mentioned in this release are alleged and all suspects are presumed innocent until and unless proven guilty in court.

I play on the radio from 7 am -1 pm weekdays on 98.9 FM WYRZ and WYRZ.org. Follow me on twitter @WYRZBrianScott or e-mail me at brian@wyrz.org.
Previous Fostering innovation to welcome justice reform
Next Wanted: Hunters to Help Hungry Hoosiers