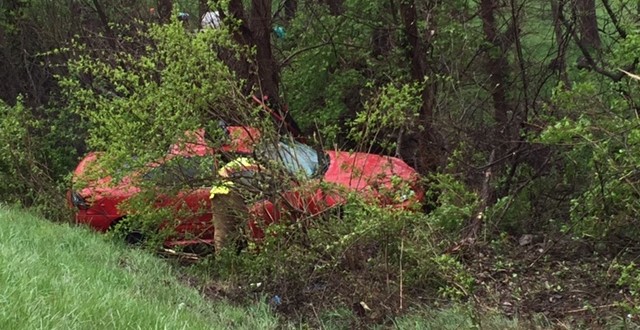 Preliminary investigation revealed a maroon 2003 Pontiac, driven by 19-year-old Jasmine Wesley of Paris, Illinois was eastbound on Durkees Ferry Road at SR 63. Wesley attempted to cross the northbound lanes of SR 63 and struck a red 2004 Pontiac, driven by 19-year-old Timothy J. Terry of Clinton, IN., in the driver’s side. The Terry Pontiac was forced off the eastside of the roadway into a group of trees and the Wesley Pontiac came to rest in the ditch. 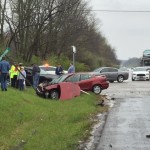 Jasmine Wesley was transported to Terre Haute Union Hospital for treatment of leg and hip pain. Terry was examined at the scene and released to parents.

Seatbelts were in use by both drivers and definitely prevented more serious injuries. 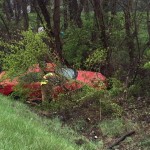 I play on the radio from 7 am -1 pm weekdays on 98.9 FM WYRZ and WYRZ.org. Follow me on twitter @WYRZBrianScott or e-mail me at brian@wyrz.org.
Previous IMPD arrests Park Ranger for Operating a Vehicle While Intoxicated
Next Coats Amendment to Continue Transportation of Lithium Batteries for Use in Medical Devices Passes Senate