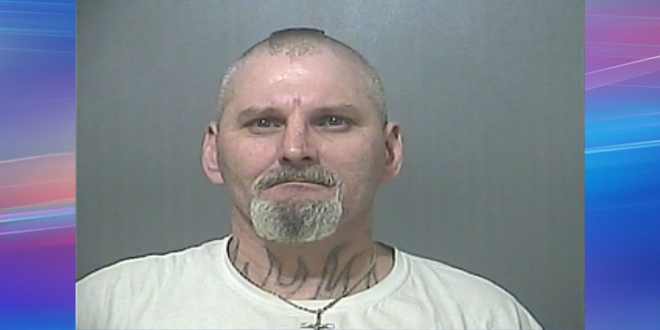 Vigo County – At approximately 6:00 p.m on March 27, 2019, Trooper Stump was patrolling in West Terre Haute when he stopped the driver of a Chevrolet pick-up truck for failing to wear a seat belt.  The driver was identified as Billy E. Rowley, 51, of West Terre Haute.  A driver’s license check revealed that Rowley was a habitual traffic violator (lifetime).  Rowley was taken into custody and transported to the Vigo County Jail.

All suspects are presumed innocent until proven guilty in court of law.

I play on the radio from 7 am -1 pm weekdays on 98.9 FM WYRZ and WYRZ.org. Follow me on twitter @WYRZBrianScott or e-mail me at brian@wyrz.org.
Previous McCloud Nature Park Truss Bridge Redecked
Next Marion County Man Charged with Numerous Drug Felonies, Resisting & Battery