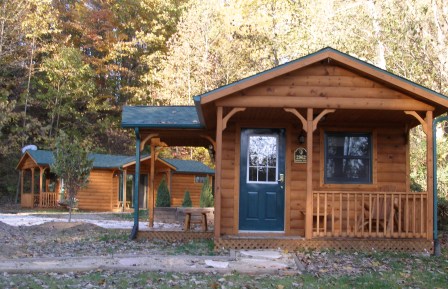 Parke County—This morning around 10:00, Indiana State Police served a Parke Circuit Court search warrant at the Cabins at Hobson Farms located at 8801 North Henley Road, Marshall, IN. During a search of the business, detectives seized various documents related to the investigation.

The Parke County Prosecutor’s Office notified the Indiana State Police in June of this year about the alleged violation(s). Over the course of the nearly two month investigation, information arose alleging Royden Hobson, since 2014, failed to pay his inn keeper’s tax to the County of Parke.

Hobson was incarcerated in the Parke County Jail on $10,000 bond.

I play on the radio from 7 am -1 pm weekdays on 98.9 FM WYRZ and WYRZ.org. Follow me on twitter @WYRZBrianScott or e-mail me at brian@wyrz.org.
Previous Indiana’s Title IV-D Child Support Program is reducing common barriers to ensure Hoosier children are receiving support
Next Wanted Fugitive Flees from Trooper Before Crashing into Two Vehicles and Fleeing on Foot