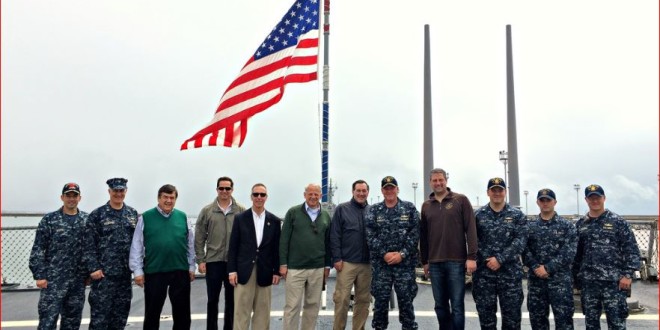 In Israel, Donnelly met with Prime Minister Benjamin Netanyahu and visited Israel military sites to get an update on the country’s missile defense systems and joint missile defense efforts with the U.S. Donnelly also met with Israel Defense Force (IDF) soldiers and the U.S. Ambassador to Israel Daniel Shapiro.

As part of his continued support for critical missile defense efforts, Donnelly and Senator Jeff Sessions (R-AL), Chairman of the Senate Armed Services Strategic Forces Subcommittee, recently sent a bipartisan letter to President Obama. Donnelly and Sessions highlighted the importance of investments in U.S. missile defense capabilities, and the need to strengthen our partnerships with allies around the world, particularly Israel.

In the U.A.E. Donnelly reviewed U.S. efforts to strengthen cooperation among Arab Gulf states on missile defense and counterterrorism. While there, he met U.S. military leaders as well as the U.A.E. Ministry of Defense, and visited several Emirati missile defense batteries. 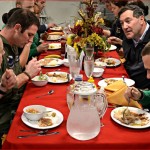 In Bahrain, the Senator met with U.S. Navy leadership and servicemembers, including Hoosiers, about regional threats impacting U.S. allies in the Middle East. During the visit, Donnelly met servicemembers aboard the U.S.S. Harry S. Truman, an aircraft carrier deployed in the Persian Gulf.

In Iraq, Donnelly met with U.S. and Iraqi forces, U.S. Ambassador to Iraq Stuart Jones and Hoosiers stationed in Iraq. He also reviewed the training of Iraqi forces at al Asad Airbase in Anbar province and met with Sunni tribal leaders engaged in the fight against ISIS.

In Spain, Donnelly toured Naval Station Rota and went onboard an U.S. Navy Aegis-class destroyer to observe its missile defense capabilities and discuss the U.S. Navy’s contribution to protecting Europe and Israel from the threat of ballistic missiles.

I play on the radio from 7 am -1 pm weekdays on 98.9 FM WYRZ and WYRZ.org. Follow me on twitter @WYRZBrianScott or e-mail me at brian@wyrz.org.
Previous Donnelly Statement on Reports of U.S. Considering Easing Restrictions Regarding Use of U.S. Currency in Business Transactions with Iran
Next Governor Pence Ceremonially Signs Regional Cities Bill in Evansville