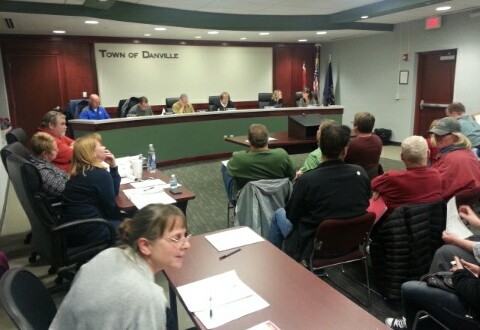 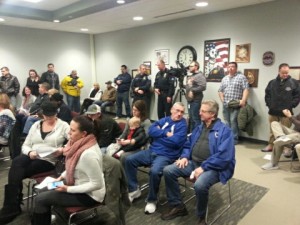 At Tuesday night’s Danville Town Council meeting, the room was packed to the legal limit with attendees, according the town’s Fire Chief. A decision was made by the council to demote Police Chief William Wright to sergeant and Assistant Police Chief. It was a four to one vote as officials at the meeting said Wright was not meeting their standards and lacked improvement.

Jim Hilton was named the new interim chief as the department looks for someone to fill the position permanent basis.

I play on the radio from 7 am -1 pm weekdays on 98.9 FM WYRZ and WYRZ.org. Follow me on twitter @WYRZBrianScott or e-mail me at brian@wyrz.org.
Previous Donnelly: Addressing Food Insecurity Will Help Children Reach Full Potential
Next Coats Votes to Tighten Screening of Syrian Refugees, Calls for Safe Havens