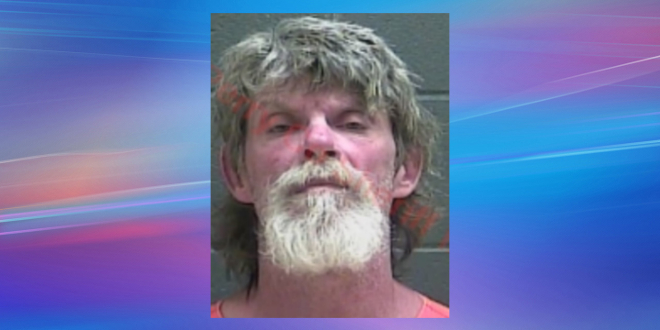 Just after 2:30 p.m. this afternoon, Indiana Conservation Officers Zac Howerton and Lucas Patterson were on patrol in the Hoosier National Forest along S.R. 37 near Leopold, when they encountered Cates and a female companion, who are suspected to have been illegally digging for artifacts on federal property.

As the officers escorted the couple from the woods, Cates fled on foot back into the woods.  Multiple agencies responded, including the Perry County Sheriff’s Department, Tell City Police, Perry County EMA, and Hoosier National Forest Law Enforcement Rangers, and a lengthy search ensued.

During the search, a citizen alerted officers of a suspicious male in a driveway near a residence.  Shortly afterward, Indiana Conservation Officer Lt. Phil Schuetter was able to take Cates, who was found to have multiple outstanding felony arrest warrants, into custody without incident.

All charges are merely accusations and defendants are presumed innocent until and unless proven guilty.

I play on the radio from 7 am -1 pm weekdays on 98.9 FM WYRZ and WYRZ.org. Follow me on twitter @WYRZBrianScott or e-mail me at brian@wyrz.org.
Previous Serious Crash on I-465 Claims the Life of One Person
Next Donnelly, Young, Indiana Delegation Urge President Trump to Grant Disaster Declaration for Indiana Following Severe Storms and Flooding