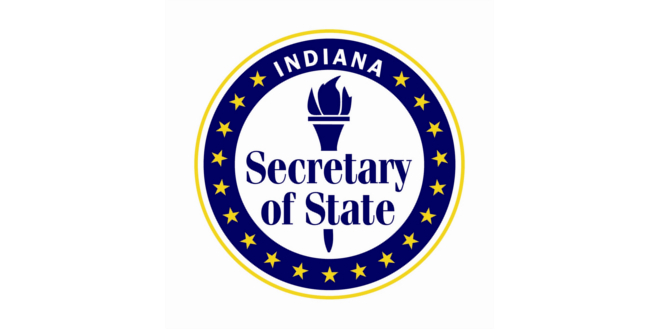 INDIANAPOLIS (June 29, 2022) – Secretary of State Holli Sullivan today announced the allocation of funds that will allow for the purchase of Voter Verifiable Paper Audit Trails (VVPAT) for counties, ensuring a paper record for all votes cast in the state by the 2024 General Election.

“Being able to guarantee a paper trail for every vote cast in our state is a win for Hoosiers,” Secretary Sullivan said. “We know voters want a paper record attached to their vote, and VVPATS help further build confidence in our elections process. I am thankful to the Indiana General Assembly for their help in securing our elections.”

The funding, approved by the State Budget Committee, totals $12.3 million and will allow the Secretary of State’s office to purchase 5,033 VVPATs for 45 counties by the 2024 election.

During the 2022 legislative session, the Indiana General Assembly passed Secretary Sullivan’s legislative proposal, requiring counties that use a direct record electronic voting system to utilize a VVPAT by July 1, 2024.

The budget committee also approved $3.2 million in funding to extend and enhance cybersecurity protection for the Secretary of State’s Office and Indiana counties. In August 2019, the Indiana Secretary of State launched a statewide cybersecurity system to protect our elections infrastructure against targeted, nation-state level attacks 24 hours a day, proactively hunt for advanced threat behavior, and respond to critical attacks.

I play on the radio from 7 am -1 pm weekdays on 98.9 FM WYRZ and WYRZ.org. Follow me on twitter @WYRZBrianScott or e-mail me at brian@wyrz.org.
Previous June 30 Deadline Approaching for 21st Century Scholarship Enrollment
Next ‘Operation Dry Water’ to target boating while under the influence July 2-4