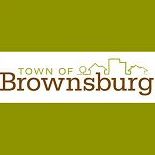 BROWNSBURG — Brownsburg Town Council gave approval at its July 9 meeting to request a cost estimate from the Census Bureau for a Special Census in FY2016.

With a marked increase in single family and multi-unit residential housing as well as the Brownsburg East, Ward and Northfield at Wynne Farms  annexations, Brownsburg has experienced significant growth since the 2010 Decennial Census certified the population at 21,285 residents. Town officials believe that the current population is between 24,000 and 25,000 and expect that number to grow beyond 25,000 residents during 2016.

Because the State of Indiana disburses several categories of tax revenue on a per capita basis, including Motor Vehicle Highway funds, the Town could capture nearly $170,000 in additional revenue each year if the population is certified as 25,000 or more. Based on the potential for increased revenue, the Town Council unanimously approved that staff formally request the cost estimate from the Census Bureau, the first step in the process.

Town Manager Grant Kleinhenz said, “In my experience, a special census for a community our size could cost $200,000 to $300,000. We stand to gain $168,000 additional revenue annually if the population is 25,000 residents. Of that amount is $130,000 in Motor Vehicle Highway funds that is used to repave streets, rebuild curbs and replace sidewalks. That additional revenue would go a long way.”

Brownsburg Town Council President Don Spencer said, “Based on what we think the population difference is, the Town of Brownsburg could miss out on additional revenue of nearly $680,000 if we wait until the 2020 Decennial Census. The special census wouldn’t require additional work on the part of Town staff and we could we could recapture the cost and start gaining the additional revenue in less than two years.”

The Census Bureau’s cost estimate for conducting the special census will be discussed with Town Council for their consideration during the 2016 budget presentation in August.

I play on the radio from 7 am -1 pm weekdays on 98.9 FM WYRZ and WYRZ.org. Follow me on twitter @WYRZBrianScott or e-mail me at brian@wyrz.org.
Previous Smoked Pig Patty Named Year of the Farmer Signature Food
Next IndyGo Launches Art in Transit Program