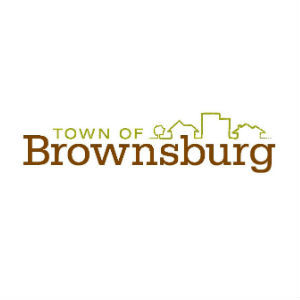 BROWNSBURG – Town of Brownsburg administration presented the results of its 2015 citizen survey to the Town Council at a special meeting January 19. The Town received high ratings for quality of life, public safety, and the level of service provided by municipal employees.

Ninety-one percent of survey respondents rated Brownsburg as a good or excellent place to live. Most reported that they consider Brownsburg a good place to both raise children and retire. Nearly 90 percent said they plan to reside in Brownsburg for the next five years and would recommend living in Brownsburg to someone who asks.

At least three-quarters gave excellent or good ratings to the overall image of Brownsburg and their neighborhoods. About 7 in 10 gave favorable ratings to the community’s appearance. More than 75 percent of respondents rated the quality of Town services as good or excellent, and 77 percent rated Town employees’ customer service positively.

Ratings for safety aspects were high, with at least 9 in 10 respondents giving positive ratings for the overall feeling of safety in Brownsburg, as well as feeling safe in their neighborhoods and in the downtown and commercial areas.

Some characteristics that received lower ratings (than previous surveys completed?) were cultural opportunities, a vibrant downtown commercial area, and traffic flow. The timing of the survey coincided with the construction of major road improvements, potentially contributing to the rating lower than the national benchmark.

The town-wide survey, sponsored by the International City/County Management Association with the National Research Center, was sent to a random sample of 1,400 Brownsburg households. It had a high response rate of 31 percent; typical response rates range from 25 to 40 percent nationally. Town of Brownsburg leaders will use the results to help identify areas for improvement and to make future budget decisions about the types of services the municipality provides to its residents.

I play on the radio from 7 am -1 pm weekdays on 98.9 FM WYRZ and WYRZ.org. Follow me on twitter @WYRZBrianScott or e-mail me at brian@wyrz.org.
Previous Governor Pence Signs Education Agenda Bills Focused on Supporting Teachers and Schools
Next Town of Brownsburg Seeks Capital Partners for New Community Center